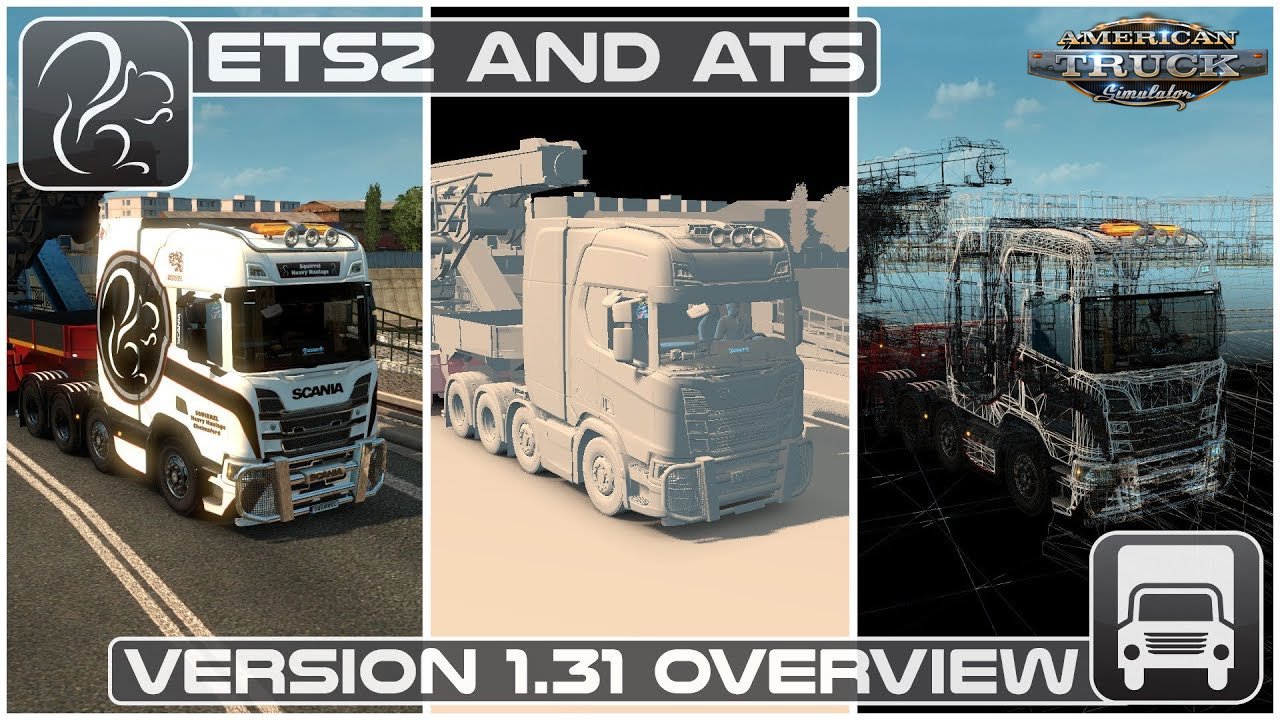 We are happy to give you official new updates for both our flagship truck sims, at last. Testing of this update wave took us longer than we had hoped, both internal tests and the open beta revealed a lot of areas requiring our attention before we could call the update done. There's quite a lot of new content and functionality for both games there, and we have run into some unexpected problems when things refused to work together.

Thumbs up to everyone who participated in the beta (for both of our games) and sent us his opinion and reported any issues. We would like to express our sincere thanks for all your help, bug reports, and general feedback, they were even more important and helpful than usual. After over a month full of testing, bug fixing, (and sometimes yelling and panicking), we're finally there. Update 1.31 is out for both of our games!
You can find the long and dry list of changes and additions below, but for those of you preferring moving pictures to written words, here is a very nice overview of the major changes in the 1.31 update courtesy of Squirrel's YouTube channel:
CHANGELOG - MAIN FEATURES:
ATS only:
ETS2 only:

MINOR CHANGES:
ETS2 only:
TOOLS/ MOD:
Make sure to OPT OUT of beta branches now and your game will be automatically updated on Steam. For the legacy non-Steam edition of ETS2, the update should be ready in a few days. Enjoy!
Download Link 1

Download Update 1.33 for American Truck Simulator
We are happy to release American Truck Simulator Update 1.33 out of open beta! Thanks to everyone who helped us verify the stability of the new features. We kept testing the ATS update a bit longer to make sure that there were no surprises with the new detours feature, and...
Game updates need more time in beta
...
American Truck Simulator 1.2 Open Beta
The open beta of the ETS2 update has been live for two days. We want to thank all of you who’ve already participated and given us feedback! It means it’s high time for the ATS beta! Update 1.2 for American Truck Simulator is entering Open Beta on Steam today. We’re working...
ATS Update 1.28 was released
We want to thank everyone who participated in the open betas for their feedback. We are truly grateful for your time and dedication. After several weeks of thorough testing and bug fixing, the open beta is finally over today, and we are here to release live 1.28 update for...
Latest Comments