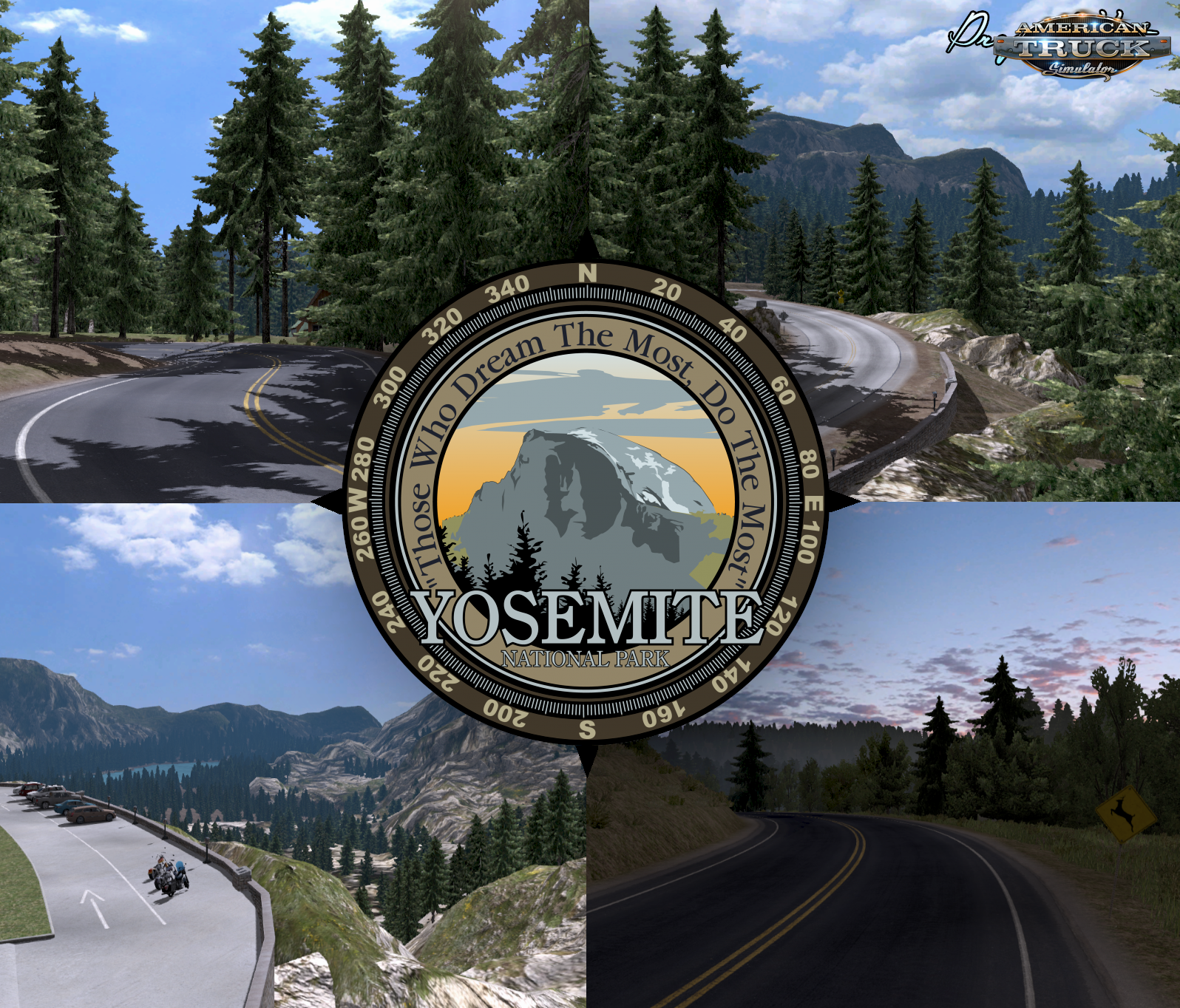 Hi, I'm stoked_dude and I have started a project of rebuilding existing roads and building entire new ones in the states of California, Nevada and Arizona. I started with this project in early January 2017 and in the beginning, my ambition with this project was to "refresh" the major SoCal highways and give them a facelift to be more realistic. Since, I have expanded outwards and decided to rename the mod Project West because it is now much more than just "California highways".

I have decided to not intervene in Northern California's greater highways out of recommendation from ProMods developers as they are working on these areas and I'll leave them to that task. The only changes in Northern California I will do is related to 'back-roads' and the establishment of Yosemite National Park on Tioga Road ( CA 120 ) and minor changes on CA1 south of San Francisco.

Screenshots can be seen here:
http://imgur.com/a/nNG6d

Additional changes
- Reflection posts are replaced with raised reflection markers and put on re-done or and new stretches of road.
- Removed numerous speed trap cameras simply because they don't exist in the US. 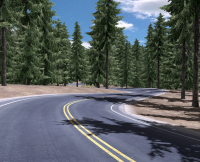 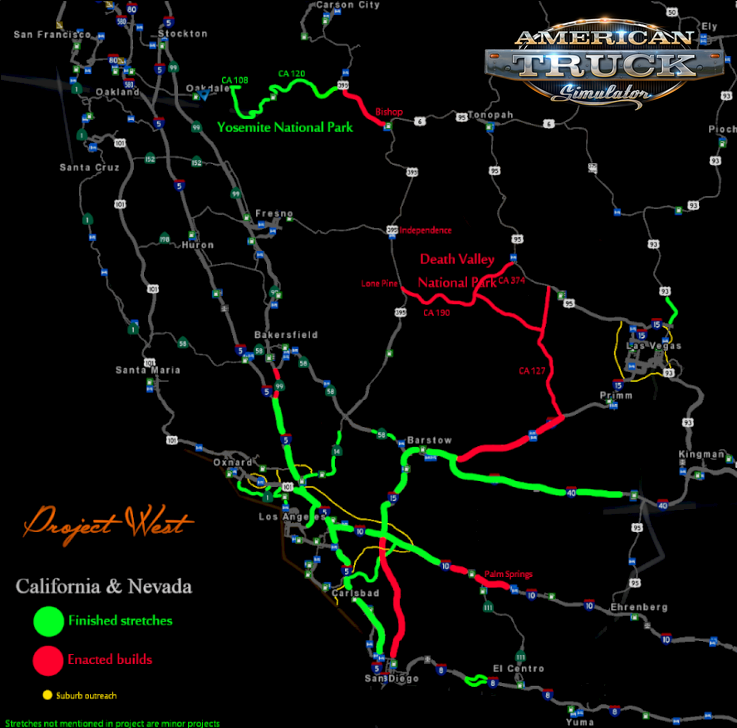 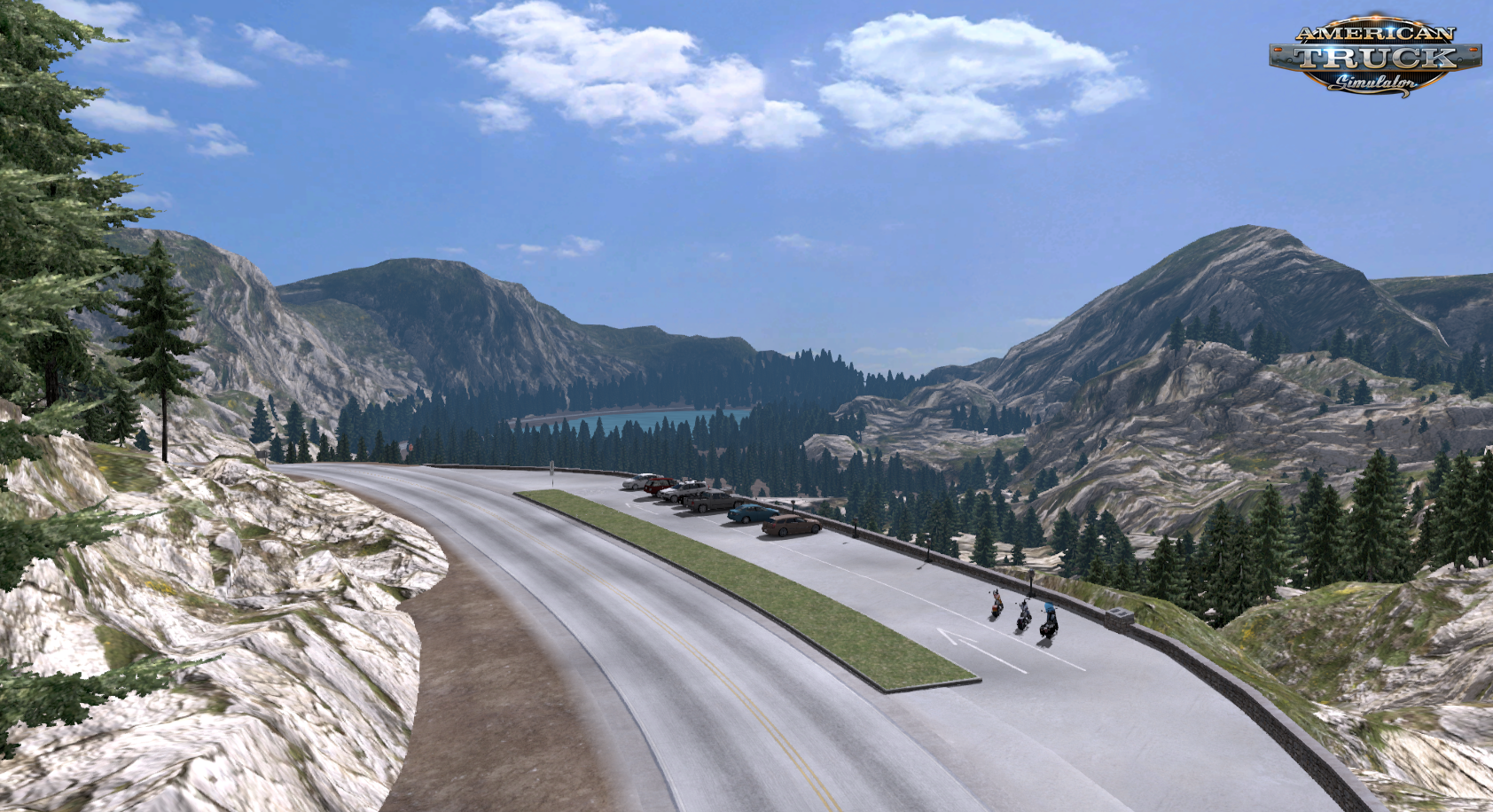 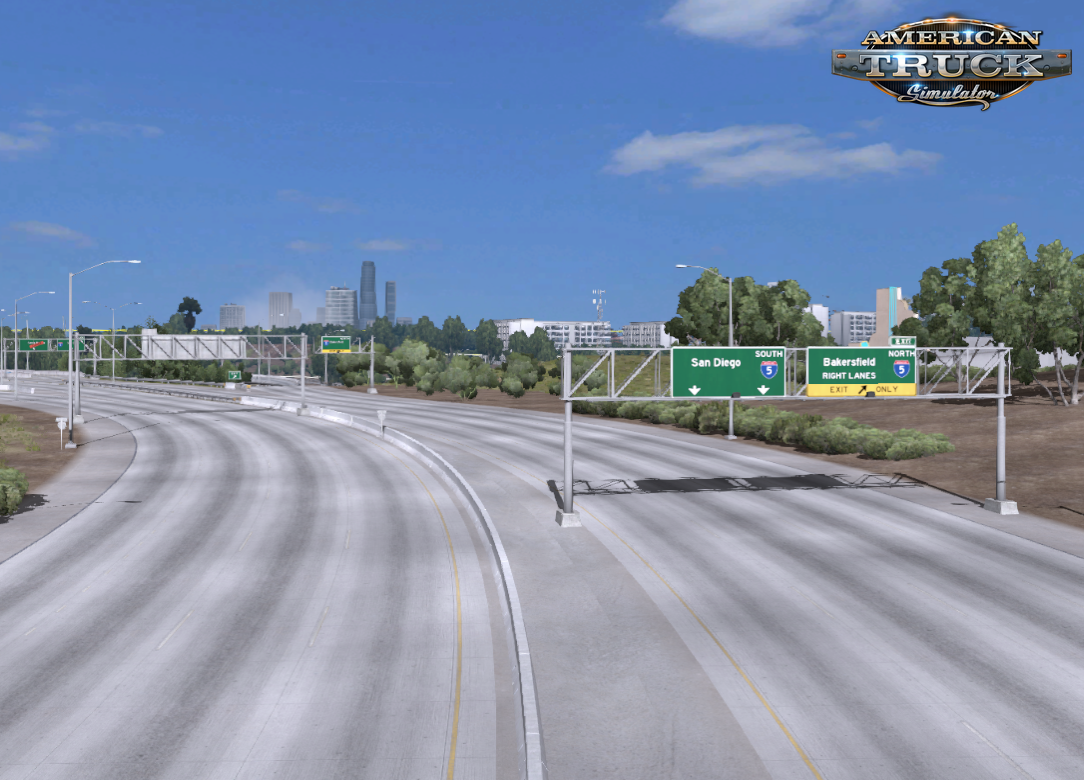 Project West Map v 1.3.2 [1.6.x]
Hi, I'm stoked_dude and I have started a project of rebuilding existing roads and building entire new ones in the states of California, Nevada and Arizona. I started with this project in early January 2017 and in the beginning, my ambition with this project was to "refresh" the...
Project West Map v1.3.2 + Addon Vegas + US 50 & CA 99 (v1.6.x)
...
Project West Map v1.3.1 [1.6.x]
...
The American West Project v1.0 by Dybr (1.30.x)
...
Latest ATS News
Idaho DLC - Check Your Log in ATS
Idaho DLC: The Old Familiar
The Mack Anthem Truck released for
Mack Anthem Official Truck for
Latest Comments