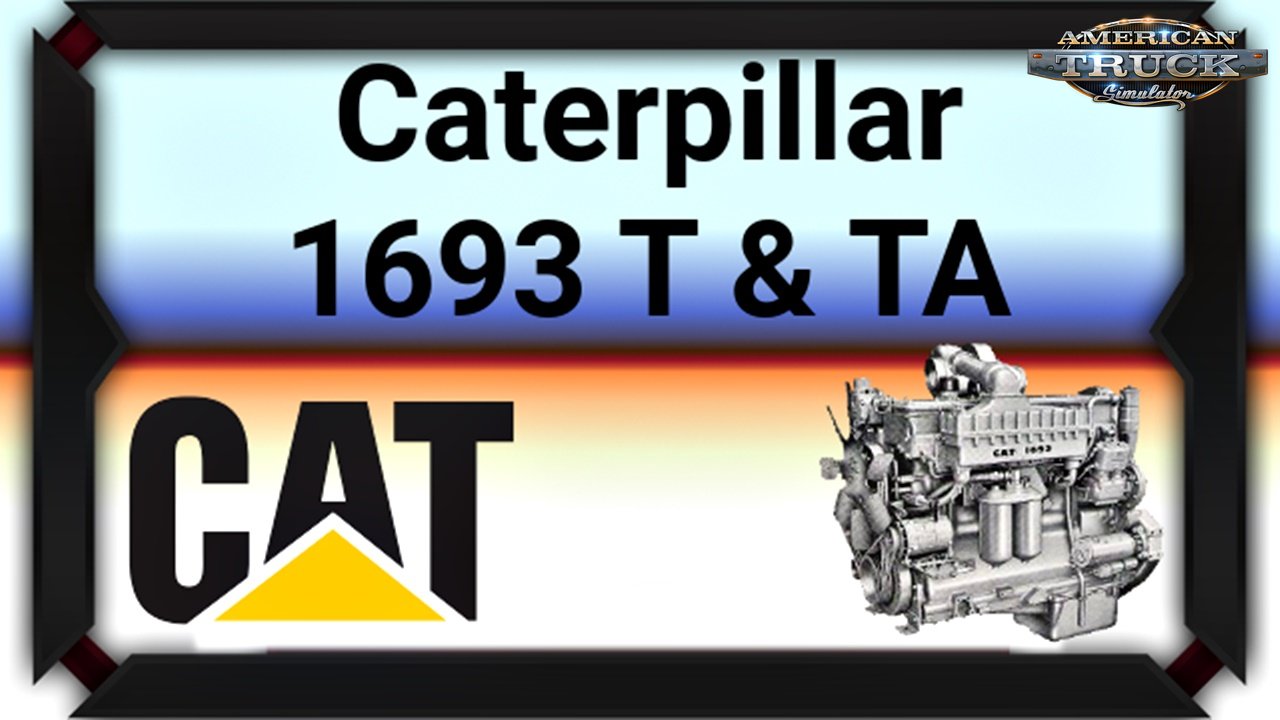 Caterpillar 1693 T & TA Engines for American Truck Simulator game
About The Engine
The 1693 was one of Caterpillar's first attempts at an OTR truck engine, this one being a modified version of the D343 bulldozer engine.
This is one of the engines most closely associated with the "Clatterpillar" nickname thanks to its use of precombustion chambers giving it a unique, rattly sound. The precombustion chambers also meant that the engine could not be fitted with a traditional engine brake (jake brake), so instead CAT used a hydraulic retarder which they called the "brakesaver".
CAT sold this engine until 1976, though I heard from a few people that you could still find for a few years after that.
The 425HP configuration was very popular as it was the most capable truck engine on the road at the time.
About The Mod
You will find five horsepower options for this engine in all vanilla trucks and many modded onestoo.
The first four are based on official specs (As best as I could find), and the fifth is an
estimation of what you could tune the engine to based on stories I read from former owners.
1. 325HP 1000lb-ft
2. 375HP 1145lb-ft
3. 380HP 1275lb-ft
4. 425HP 1275lb-ft
5. 500HP 1575lb-ft (Tuned)
(Yes, the 380 and 425 made the same peak torque, however the 380 falls off considerably faster as RPM climbs.)
This mod also includes a Spicer 18 speed compound transmission.
This is made up of a 6-speed PSO140-6A main box and a 4-speed AMO1750-4D auxiliary
transmission with Low, Under, Direct, and Overdrive gears.
Driving Habits
You have peak torque at around 1400rpm in all of the configurations, and peak HP around 2000rpm.
As a result, you'll get the most out of the engine around 1750-1800rpm. Shift point at 1900.
Supported Trucks & Changelog
Please see the Steam Workshop page for full details. 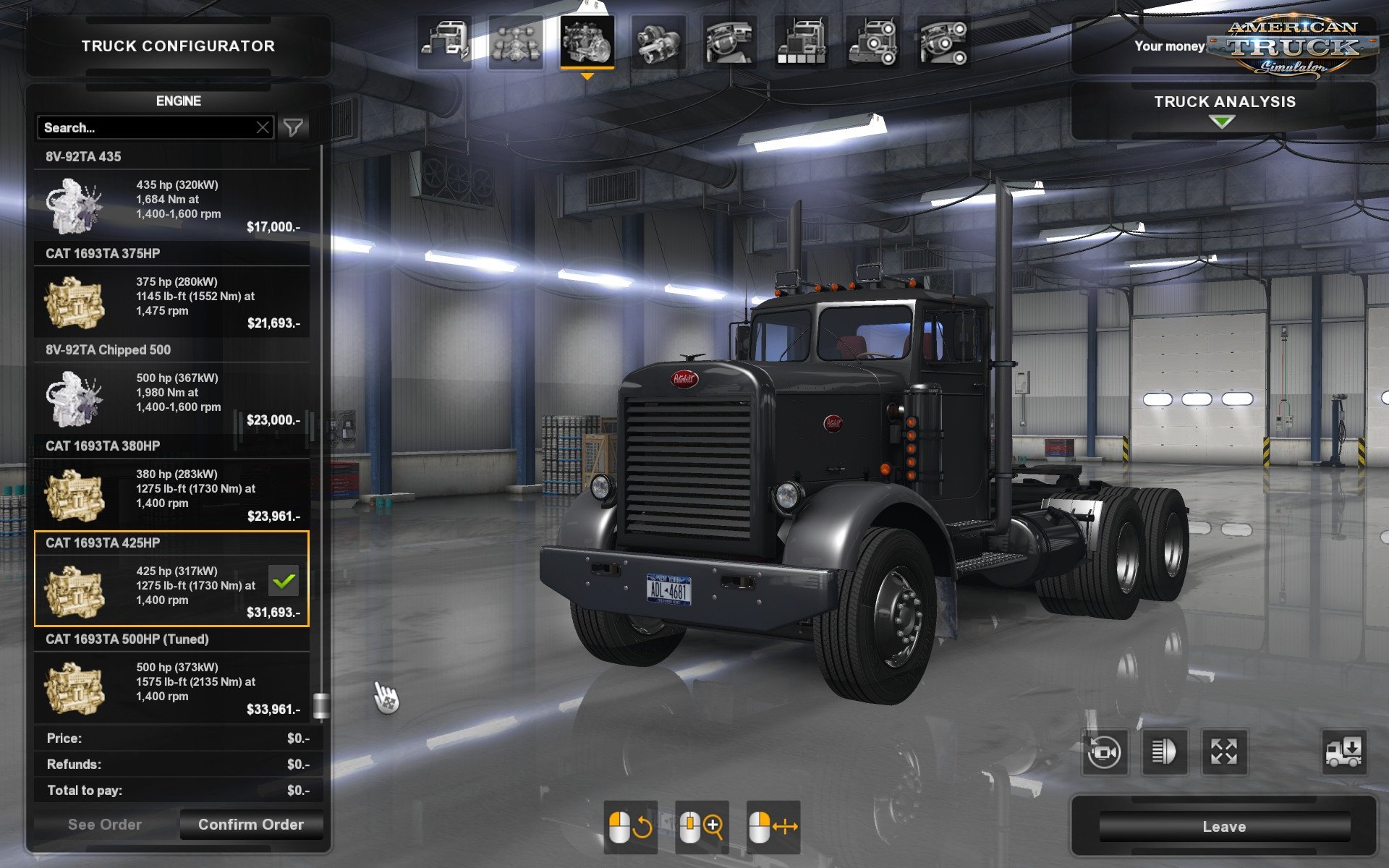 Engine sound pack for T800, W900 Updated to v2.5 (v1.5.x)
...
ATS Real Engines and Sounds
...
ATS Engine up-grade package v.1.2
Mod for ATS, an engine up-grade (tune) package for ATS rigs. I've been using this in my own rigs for a while now and I thought I'd share it with you all. Don't expect unrealistic HP or torque ratings with these engines, they are what would be used in real-life engine (computer...
Cummins NHS-275 Supercharged Engine for Ats
...
Latest ATS News
Montana DLC - Glacier ...
American Truck Simulator: ...
Montana DLC - Mining ...
American Truck Simulator - ...
Latest Comments