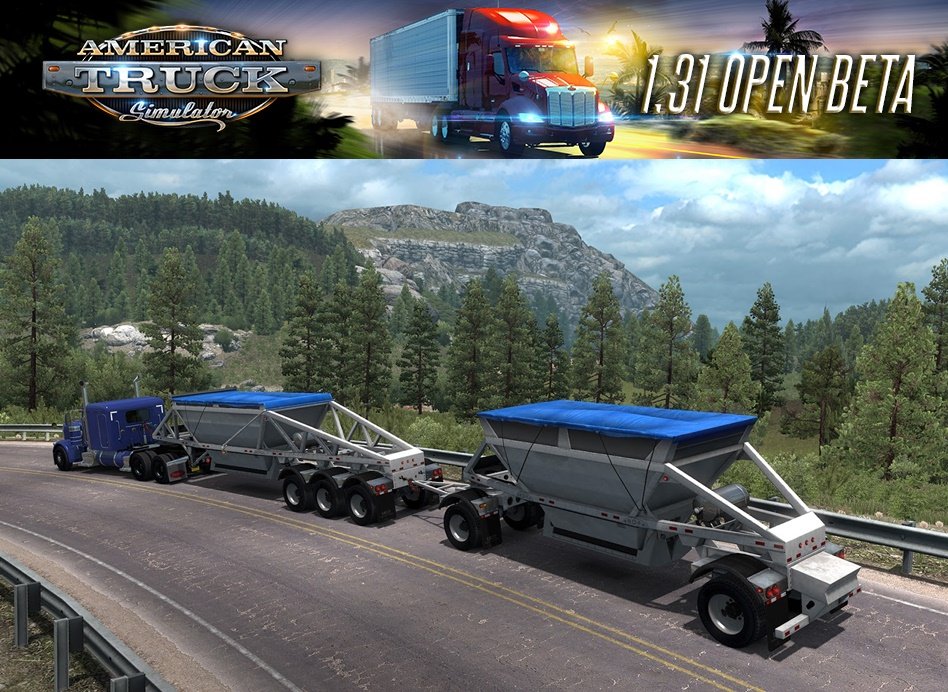 American Truck Simulator Update 1.31 Open Beta
We are making American Truck Simulator Update 1.31 accessible in Open Beta form today.
We are starting a little rough this time, with several known issues, but at the same time,
we are eager to collect feedback and reports already to help us finalize this update ASAP.
Open Beta 1.31 for ETS2 should follow in a matter of a few days.

This update brings a mix of new things in many areas of our games.
For those of you focused on truck realism, there are simulated trailer cables
(with different visibility options) and improved mirror functionality.
Explorers taking the CA120 into Yosemite National Park right away - be advised that
in National Parks there are some regulations about commercial trucking.
And finally, there are also new bottom dumper trailers coming in three versions. 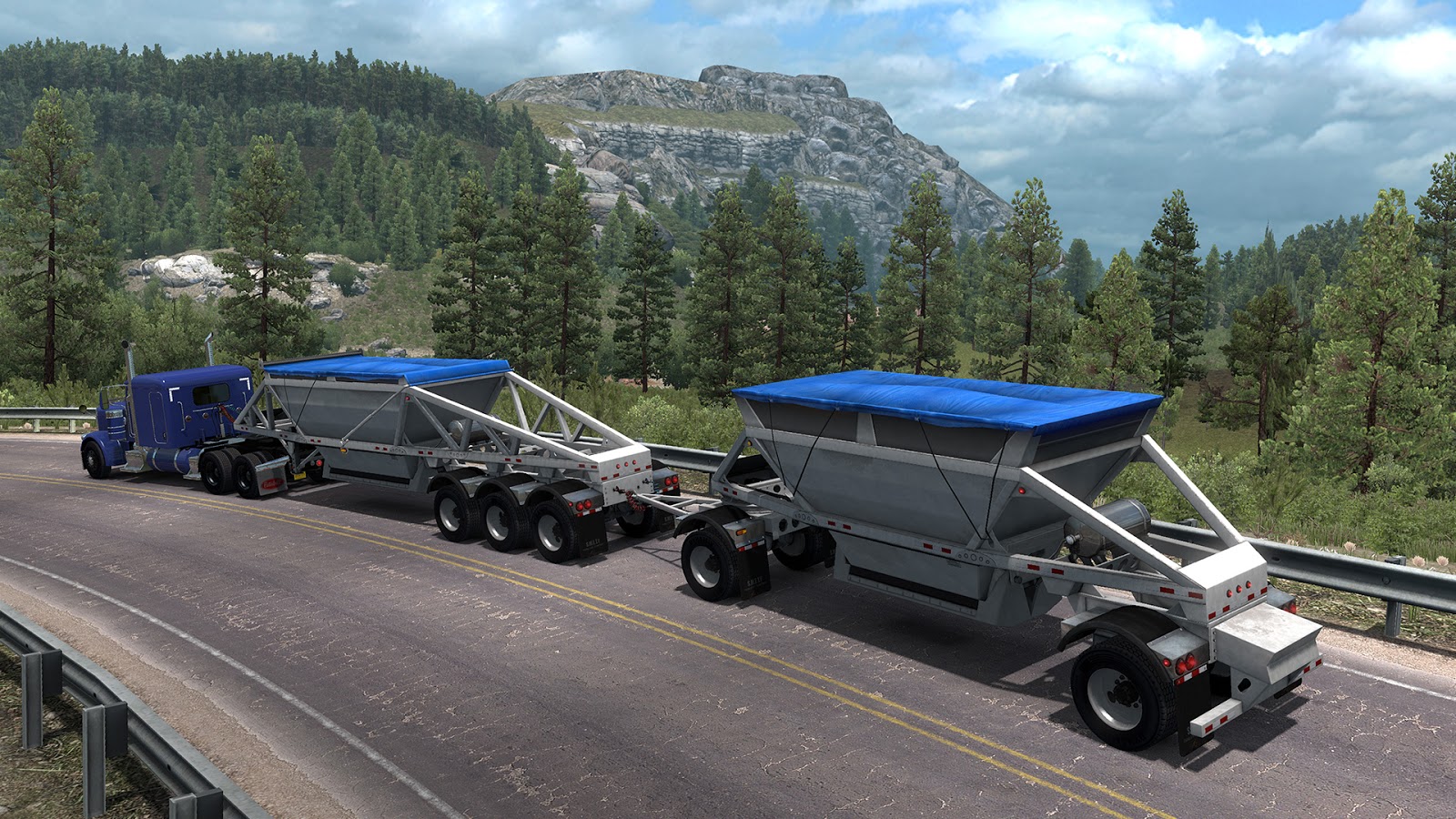 There are also some smaller changes; 1.31 brings a few items from players' wish lists.
We are introducing a new filter option for job and cargo search, or better precision of trip
data for dashboard computer. As always, we have applied a ton of various fixes and tweaks.
There is also one noteworthy change - from now on, when you reload/restart the game
or if the gameplay repositions your vehicle to a new place, and you "spawn" in your truck,
the parking brake will be always automatically set to ON, so that the vehicle
may never start moving on its own unintentionally. 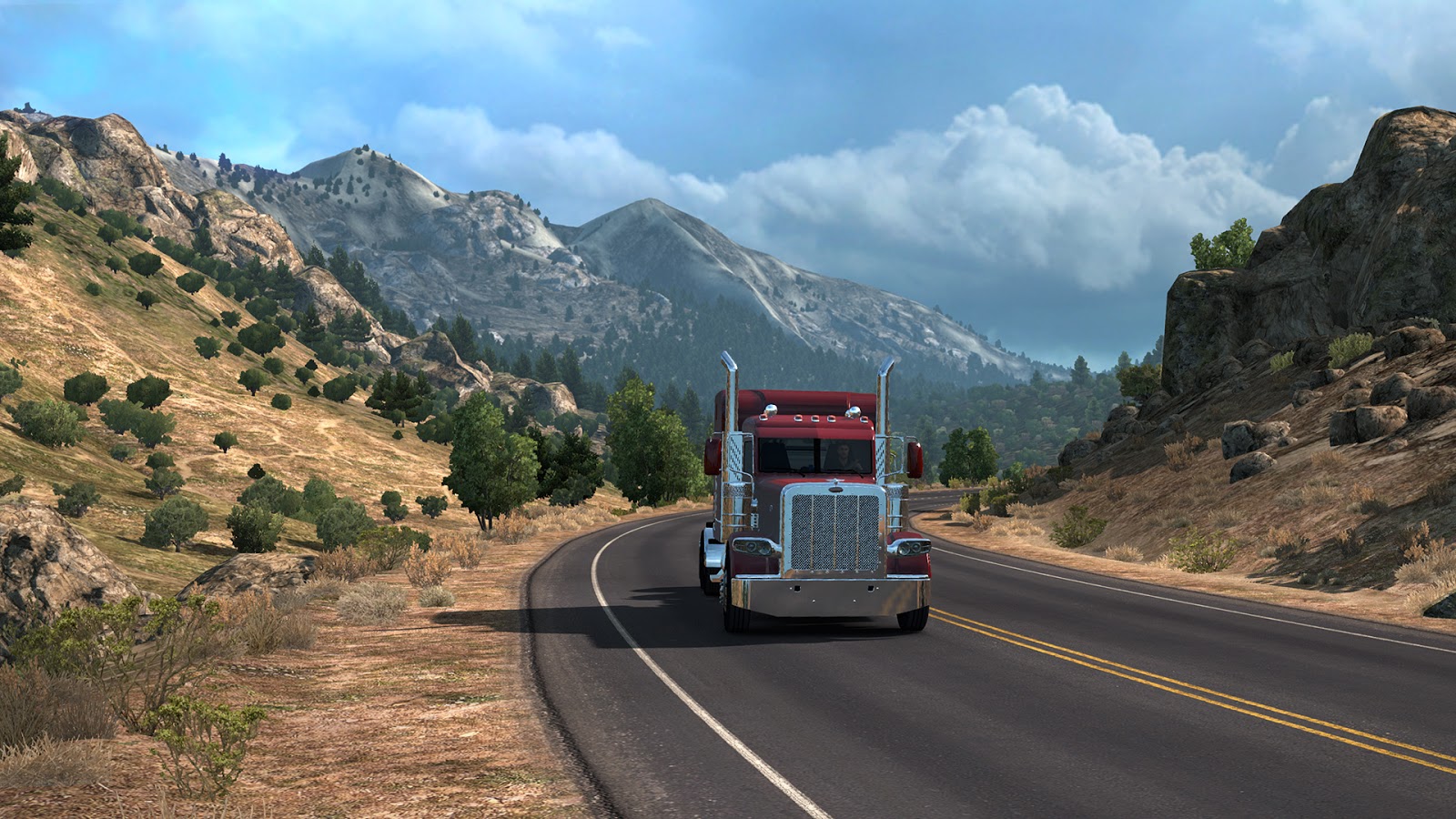 There are also some changes in tools and mods category. We are currently in the middle of a massive
tech change in how our map designers apply textures, materials, and vegetation to road segments.
Of course, this will also apply to the mod creators going forward. Historically, we have used a concept
of "stamps" with pre-designed patterns to conserve memory and disk space, but we are abandoning this
approach, and letting the map designers just "paint" surface properties with a "brush."
This will bring more freedom and flexibility to map design; it should make the work more effective when a map
designer is in need of a particular terrain feature. For the time being though, it means that map mods will
have to be re-touched and re-saved with the new system, so things will need to settle down until everybody catches up.
With the cleanup of map import code, we have also dropped support for very old (pre-4.38 format)
maps so mods that are no longer maintained (were last saved as of Feb 2017) cannot be loaded in
the current version of the game. We hope that this is not really an issue for any mods in current use.
Anyway - enjoy all the new additions, but please remember: It's only an open beta, not a
stable public version so you may encounter bugs, instability, and kinks.
It's completely okay if you want to wait for the final release.
But if you're interested in helping us to move there faster, we'll appreciate all of your feedback
on our forum and your bug reports in this section.
MAIN FEATURES:
- Power/air lines between truck and trailer(s)
- Improved mirror rendering (head position-based FOV, properly curved mirrors)
- New road through Yosemite added (CA-120)
- New trailers (bottom dumpers)
MINOR CHANGES:
-Job selection screens have new filter and cargo search elements (will be added later)
-Parking brake automatically ON after truck spawn (g_park_brake_init)
-Screenshot name format now based on date and time
-Increased precision trip data (dashboard computer display)
-Fixed torque converter locking
-Fixed damaged predefined trucks in dealers and quick jobs
-Fixed trailer damage reporting
-Fixed HDR interpolation
TOOLS/ MOD:
-New terrain brushes in the map editor
-Dropped support of the old maps (pre 4.38, due to brushes)
-Mirror_data
-A trailer could be registered as standalone or not
-Variable shift length
-Truck dealer trucks are not on the list anymore, the game reads all units in given directory
-Steerable wheel independent on wheel model
-Dropped support for old attributes