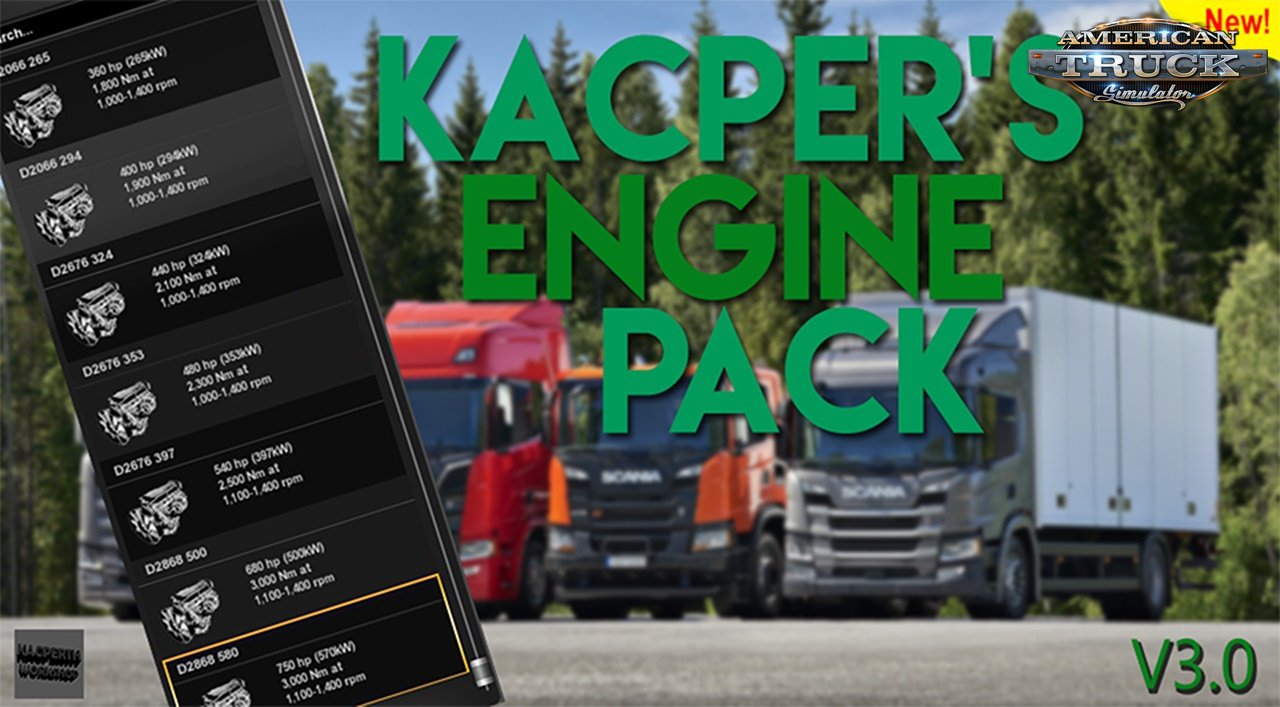 This is a big engine pack with over 60 different trucks supported.
Most of the trucks are for Euro Truck but soon the addon will recieve more engine and more
truck support for American Truck. It features high powered engines and lower powered engines
which are a regular price and a regular unlock level.
Sound is supported too, Stock sound and Custom sound are included in this addon.

New Version 3.0 :
-Iveco Eurostar Support (Added + Modified Engines)
-New Sound + Engine for the Scania 4
-New Sound For Man TGA
-New Sound + Engine for the New Scania S + R
-Fixed bugs with the man TGA
-Removed Loading Screens
-Fixed a few bugs
-Fully Redesigned Addon Image
-All chassis should now be as default
-Added new Engines for other Trucks
What's in the New Edition?
This edition recieved a lot of new engines, truck supports and sounds.
The New Edition comes with the 3.0
update and doesn't require any mods, the trucks supported
are "optional" so you don't have to download them if you don't want to.
This modification is compatible with all your favourite trucks,
Every update new trucks are being added and bugs are getting fixed.
If you like an engine mod which is realistic then you should try this out.
To make the addon work at its best you'll have to give the
mod a high priority, mainly over trucks and sounds.
Load Order:
This mod has its own special load order due to overwriting done to the def files.
This mod has to go on "TOP" of all your favourite "TRUCKS" or else the mod will not function properly.
EXAMPLE : Some things like badges, Sound and even engines could be missing.