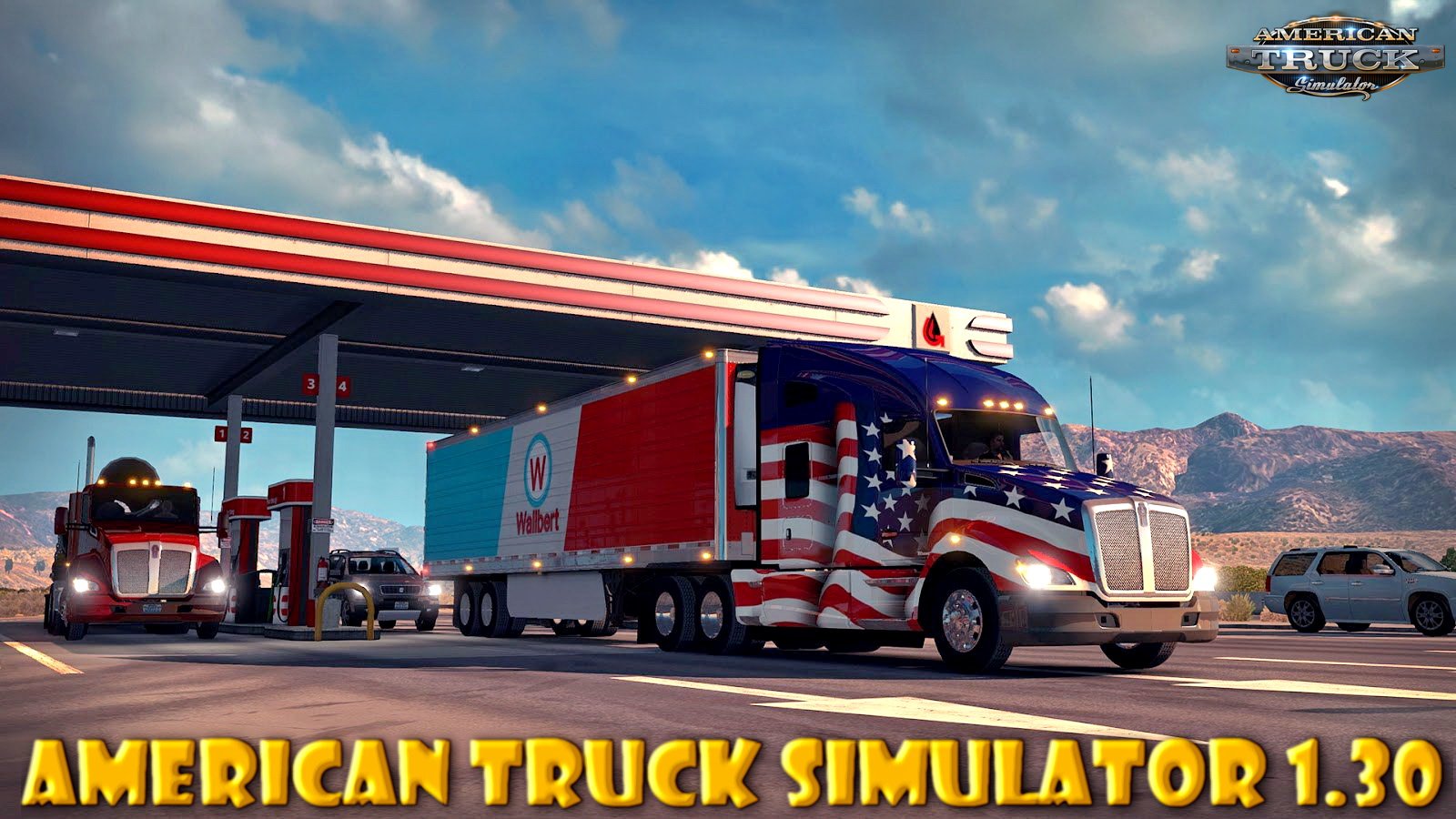 In the frenzy of releases at the end of last year, we have not managed to sync the codebases of American Truck Simulator and Euro Truck Simulator 2 to the same revision. With multiple builds of games and DLC to pass through QA, we did not have enough testing capacity to dedicate to this update. The 1.29 revision was solid and working, and we didn't want to risk releasing a new build just a day or two before starting our whole-company vacation, only to find out that a hotfix is needed immediately. It was deemed safer to live with known little glitches for a few weeks rather than to risk introducing an unknown game-breaking bug.

This maintenance release mostly brings some bug fixes and safety measures for mods.

Your game on Steam should update automatically, unless you have opted out from auto updates, or unless you prefer to stay with a particular branch to preserve older mod compatibility.

Parallel Game Update
...
Steam Workshop support coming!
...
ATS Update 1.28 was released
We want to thank everyone who participated in the open betas for their feedback. We are truly grateful for your time and dedication. After several weeks of thorough testing and bug fixing, the open beta is finally over today, and we are here to release live 1.28 update for...
American Truck Simulator 1.2 Open Beta
The open beta of the ETS2 update has been live for two days. We want to thank all of you who’ve already participated and given us feedback! It means it’s high time for the ATS beta! Update 1.2 for American Truck Simulator is entering Open Beta on Steam today. We’re working...
Happy Holidays and Merry Christmas from SCS Software
Our dearest #BestCommunityEver, The festive end of the year is fast approaching, and the team at SCS Software is taking a bit of time off to enjoy the holidays and to recharge our batteries. We will slow down the pace of news updates and social media posts over the next couple...
Latest Comments