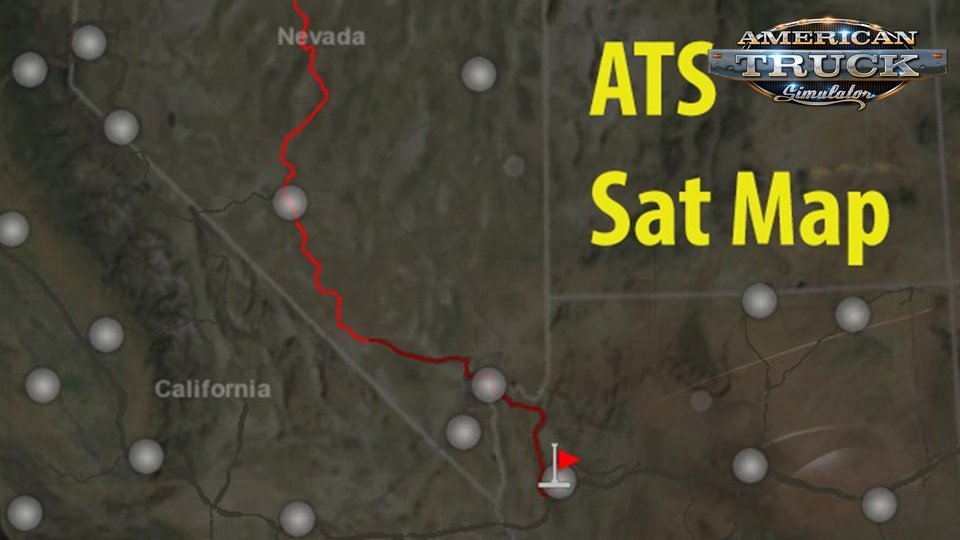 Description about « Satellite Map Images for Ats by Keeper »:

Satellite Map Images for Ats 1.29.x game version
This mod is a set of textures that cause the game to display a
satellite terrain map with borders instead of the blank map with borders.
I spent a couple hours warping and tweaking a map image on top of the default,
to get all the borders throughout the United States lining up as closely as possible.
Less care was taken for areas outside the United States (and the map image used had
no borders outside the U.S.), but they're nevertheless pretty good, so even using map
mods should be enjoyable with this -- however the image used does not contain all
of Canada or Mexico, so extreme northern Canada or extreme southern Mexico will show the default map.
There are a few issues because the game's map is not entirely realistic.
For example, when you zoom in you'll notice some roads in southern California appear
to go into the Pacific Ocean, and the loop around Lake Tahoe by Carson City appears to be nowhere near Lake Tahoe.
In order to keep the drawing of routes, city points and state names easily visible in
the Freight Market view, the zoomed-out image was made more transparent.
This means that, in the World Map view, the terrain appears darker (actually more transparent)
when zoomed out all the way, then brightens when you zoom in.