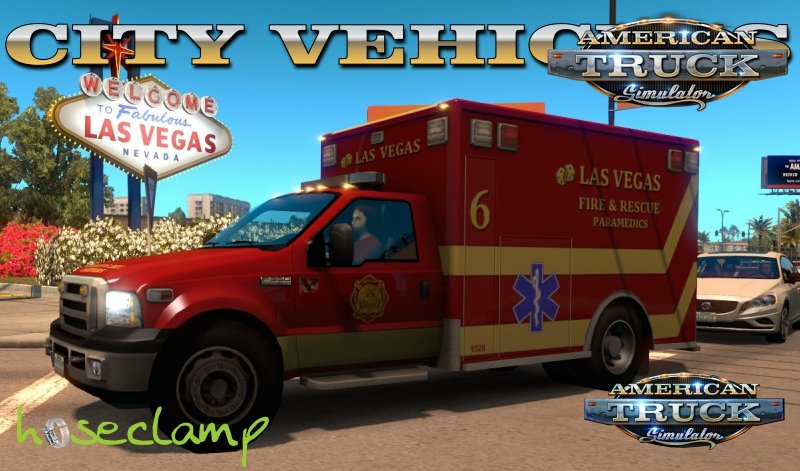 City Traffic v1.0.2 for Ats 1.6.x game version
This mod fixes the issue of city vehicles not appearing properly in the game.
Certain vehicles will now show in select cities, as defined in the mod.
The methods used are the same as in the Highway Patrol mod, for those familiar with that mod.
Vehicles included; Mack Garbage Truck, Black Limo, White Limo, Taxi and Frosty Ice Cream Truck.
The vehicles are defined to only show in and around appropriate cities.
For example, you won't find a limo spawning around Hornbrook, California.
This mod also activates the Las Vegas ambulance included by SCS but not used and the
default SCS school bus has been reskinned for Laidlaw.
Version 1.0.1:
- Fixed improperly defined wheel for ford_taurus_p
- Removed Oxnard from city condition for ford_taurus_p
New version 1.0.2:
- Updated country definitions for ambulances
- Removed 'California' markings from ambulance 'ca' skin for more generic look