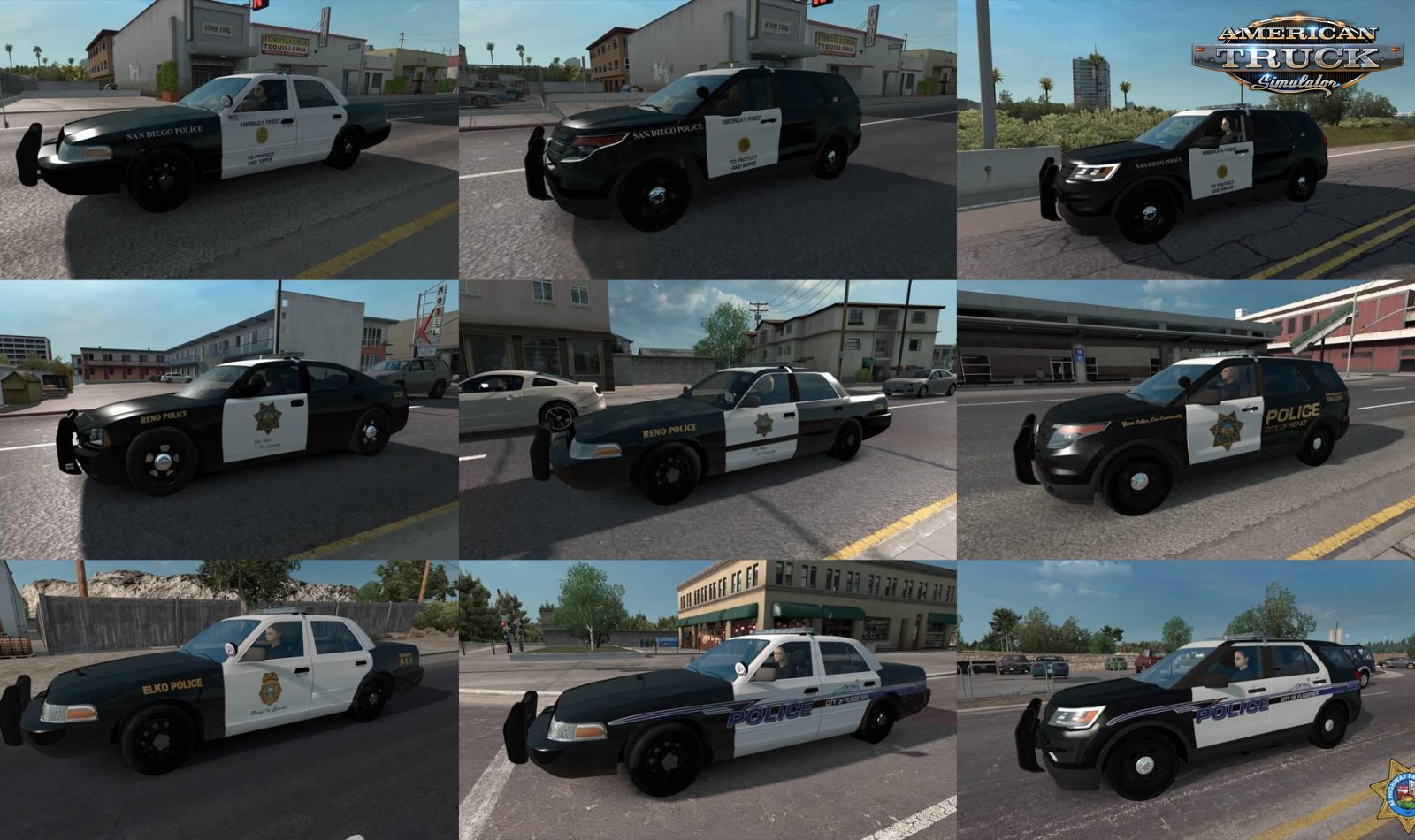 Download mod Highway Patrol Police AI Traffic Cars v1.0 (1.35.x) for ATS | American Truck Simulator game.
Data files have been edited to ensure the mod works in ATS 1.35 without removing any new features added by SCS in the mean time. (For the moment you will have warnings in the console about old model versions. If someone wants to re-save the models to remove those warnings, please do!) The cars added by this mod do not have operational flashing lights at this time, but otherwise are functional. As of mod update 1.42, all parked police car data are not modified. The game's default data files now properly put the correct state or city's patrol car in parked locations.
As of ATS version 1.29, the base game now has separate state highway patrol vehicles, which was the original purpose of this mod. However, this mod still provides many more city police cars, as well as a wider variety of models for state highway patrol in California, Nevada and Arizona.
This version of the mod does not suppress default cars anymore, for the moment. So you may see generic police in cities in addition to any specific city police liveries. This is necessary because of how the game now treats police and highway patrol as separate entities -- the only way to have any police coverage in cities with no city police livery available is to allow generic cars to spawn in every city. (However, SCS did add some city variants to the Ford Taurus that this mod didn't have, so there will be some more variety.) The alternative is to undo the new feature, and have highway patrol spawning in cities like they used to.
That being said, you will see this mod's highway patrol cars spawning in cities where no city police car of that model is available, because these models were all designed for the old system where the default appearance was a state highway patrol livery and city police were variants. (In the vanilla game's new cars, the default appearance is a generic police car and specific city liveries are variants; highway patrol are entirely different animals.)
So, yeah, there certainly are improvements that can be made, but for now it's mostly working -- no errors, and the right cars are showing up where they should as far as I've been able to tell. Let me know if you are noticing a lack of a city police variant that used to be present. And if you come up with any improvements yourself, do share so we can add it to the mod; there's no reason this can't be a community effort.
Tested on 1.35.x game version 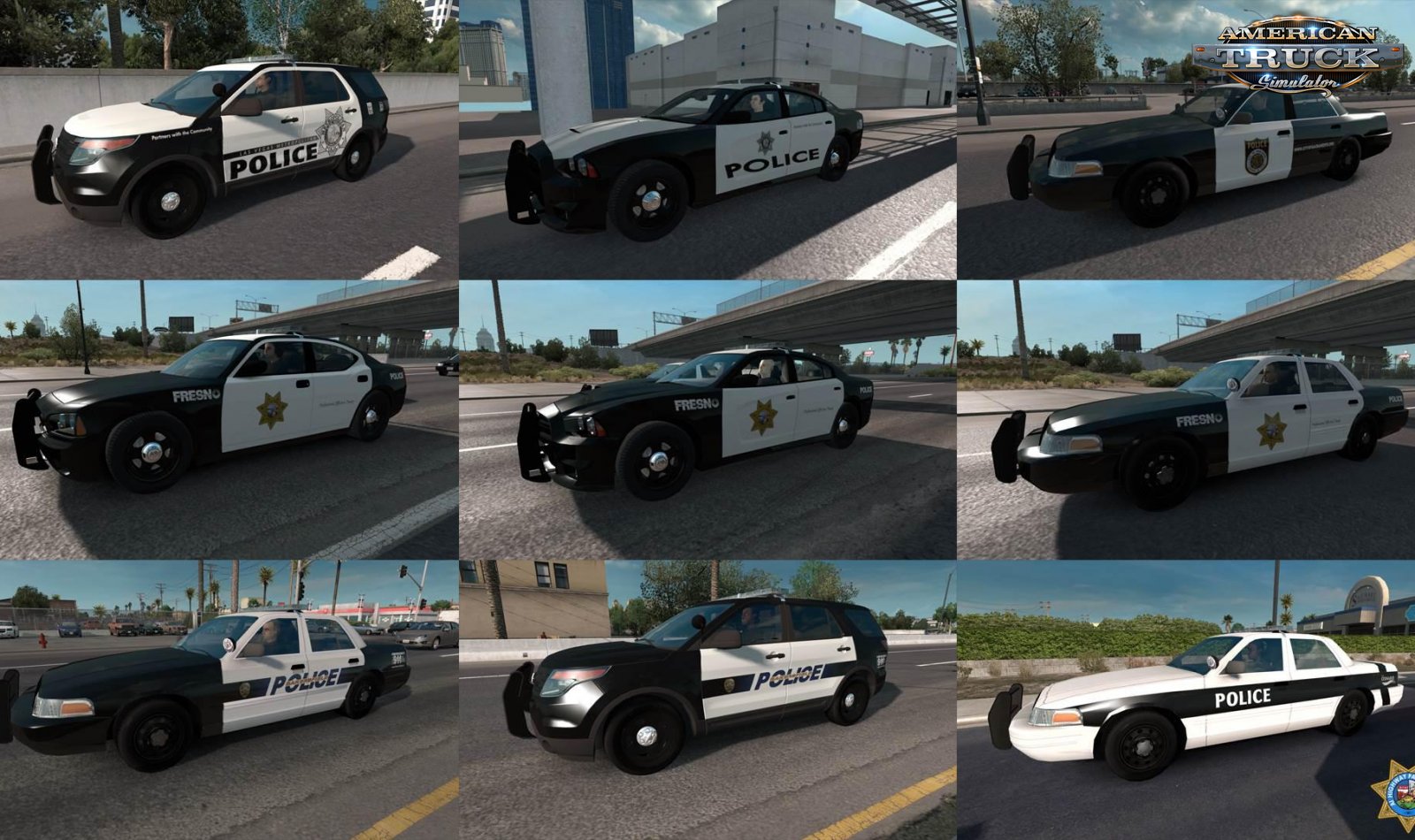 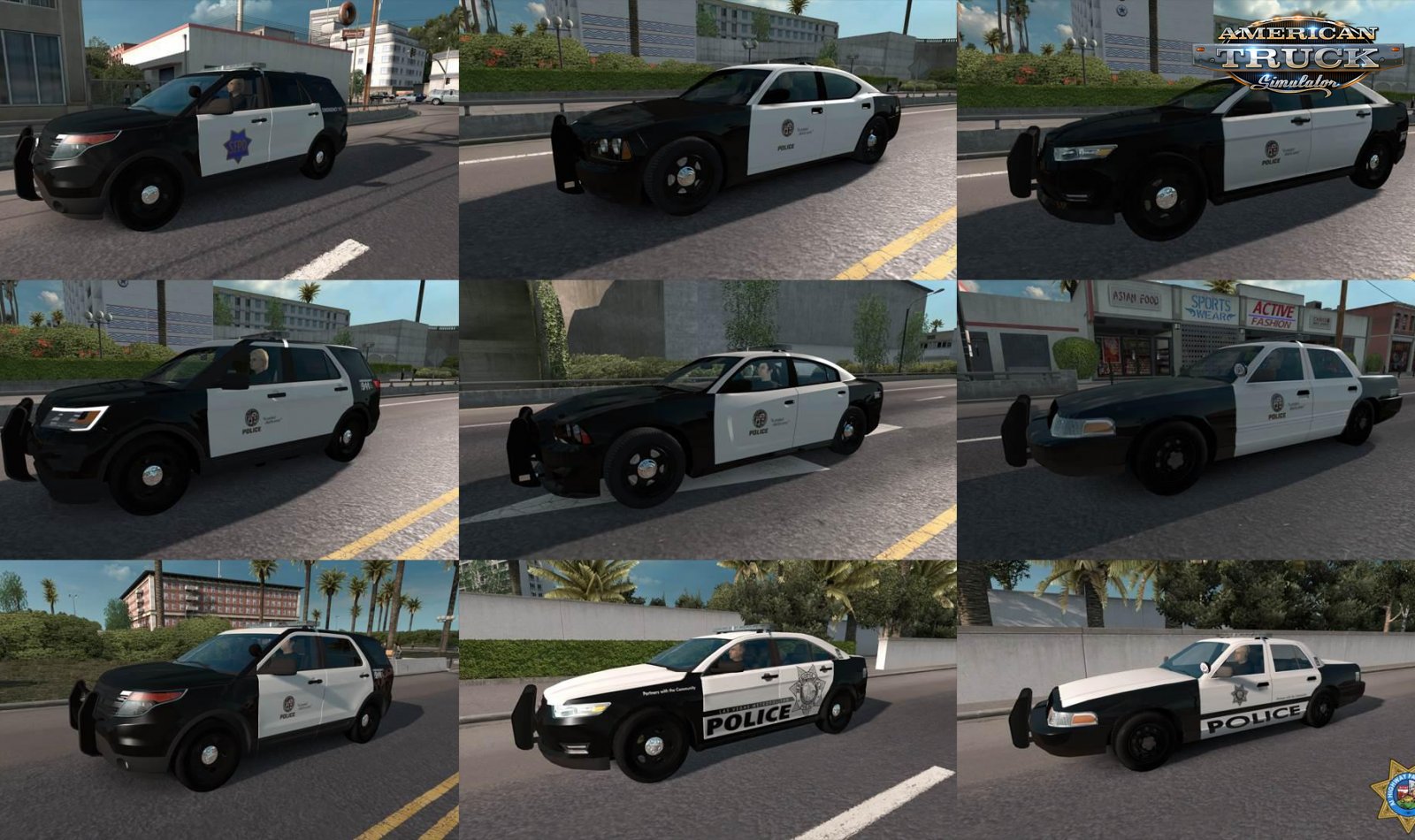 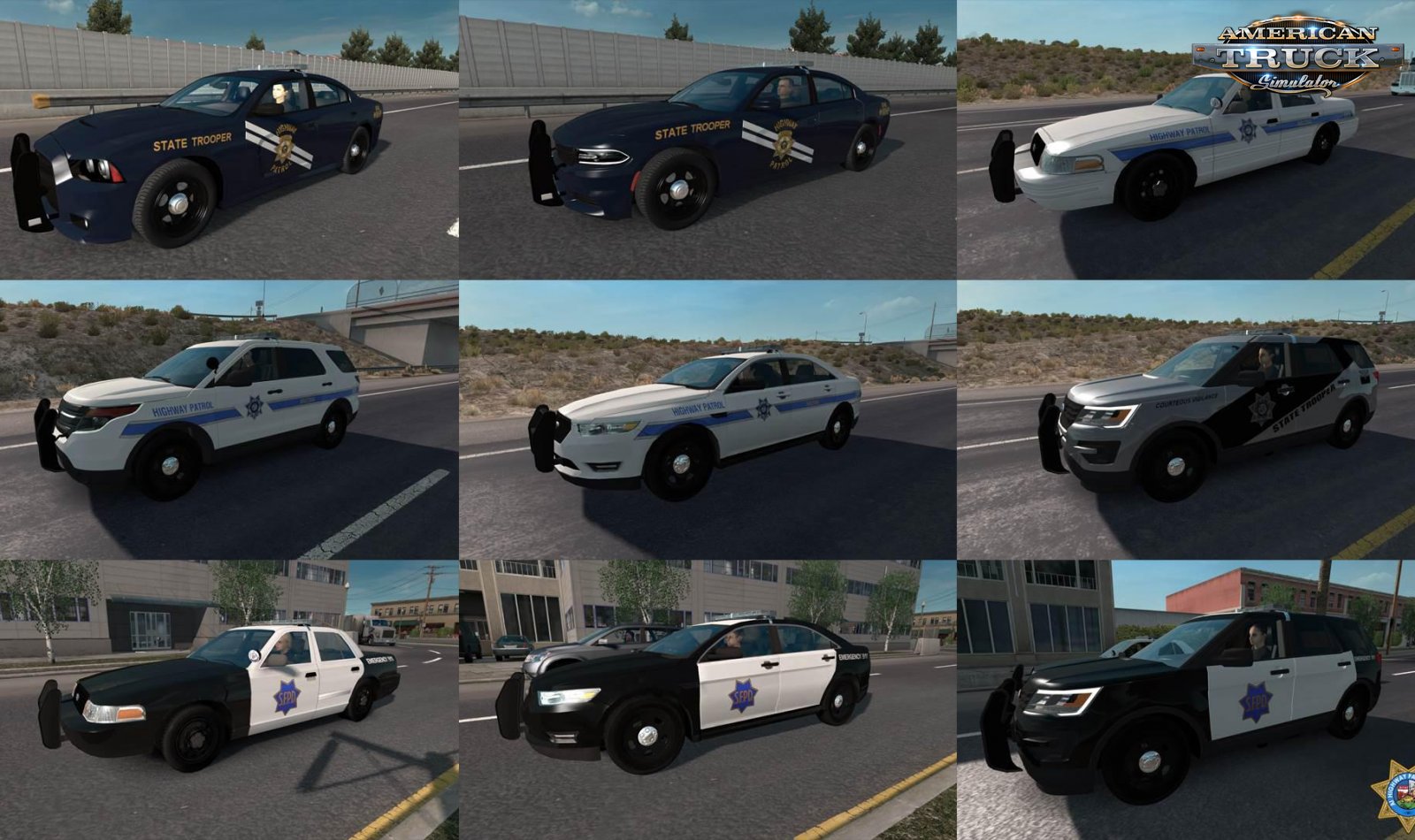 State Highway Patrol v1.42 for Ats
...
Separate California and Nevada Highway Patrol cars
...
Emergency vehicles USA traffic (1.6)
Adapted for version 1.6 ATS and gathered in one fashion: Separate state Highway Patrol cars (upd. 14.02.17) Authors: Keeper & gabenz88 Ambulance and fire truck traffic v1.1 (upd. 14.03.16) Authors: SCS, Solaris36. The mod adds in traffic in an ambulance and a fire truck with...
Traffic density mod for Ats [1.29.x]
Traffic density mod for Ats 1.29.x game version Note from the Author: I don't say that this mod very perfect, but better than nothing. Not all, what I want, working good, some problem exist. At now, it is not version like for 1.28, but not so bad. More traffic on highways and...