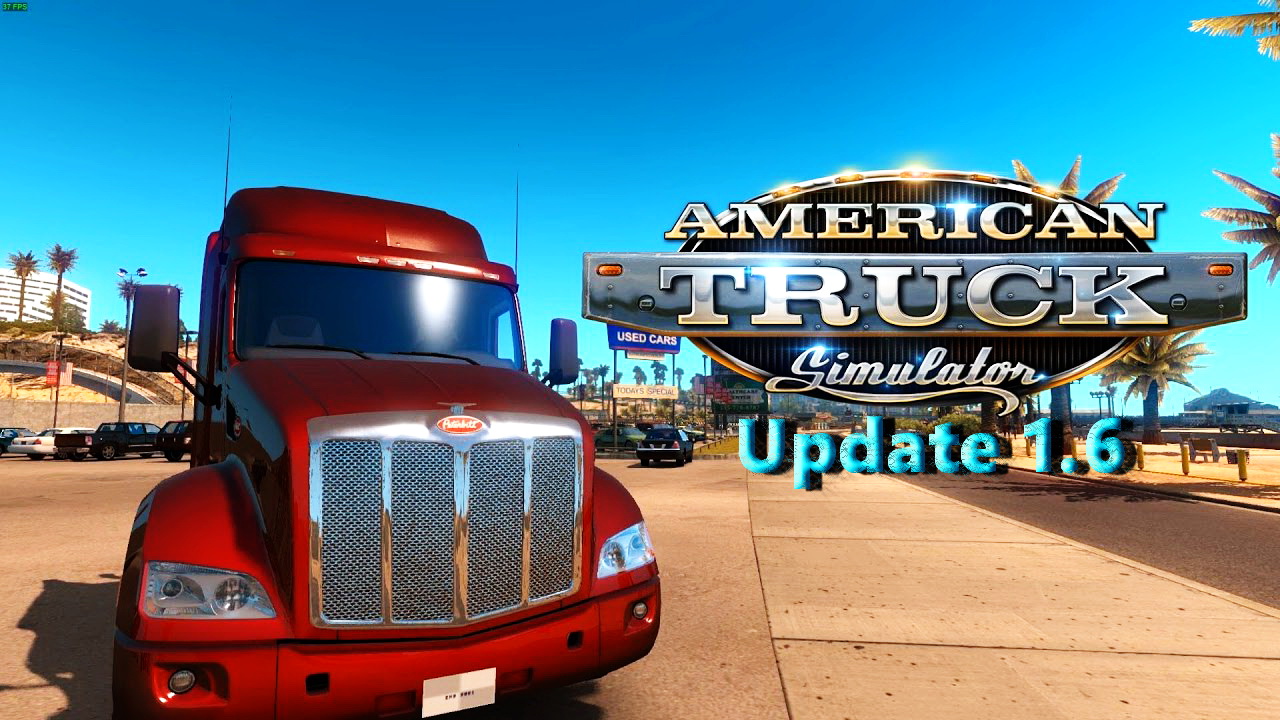 We are ready to start public testing of a new Update for ATS today. ETS2 Open Beta should follow later this week.
After rescaling the ATS world in 1.5, we have focused on driver experience improvements in this update.

We have already mentioned liftable trailer axles in a previous blog post. Weigh station pass device is
another little "cabin toy" that's a part of a trucker's life, so we felt that it should be brought into the game.

This update also improves simulation of a vehicle's engine internals. There is more attention now on varying
performance of different configurations, we have enhanced adaptive transmission modes, and also
added the differential lock, which may be handy on uneven surfaces.
Additional improvements tovehicle behavior include air brake simulation tweaks, also engine brake
input in certain situations has been changed. We have also increased the range of available FOVs for multi-monitor setups.
About the weigh station pass device:
The box is mounted on the windshield of the truck. In the game, it works the same way as the weigh
station functionality that's a part of the on-screen Advisor "widget." For players who prefer to switch off
all user interface elements to get a more immersive experience, they will now have the visual cue
to know whether they need to either complete the weight check or whether they can bypass it.

Please check our modding wiki too to get details pertaining to mods for the game.
If you wish to participate in the open beta, you can find this version in public_beta branch on Steam.
The way to access it is as follows: Steam client → LIBRARY → right click on
American Truck Simulator → Properties → Betas tab → public_beta → 1.6 public beta. No password required.
Just as with the previous Open Beta releases - please keep in mind that this is still only a beta version of the update!
You may experience instability and/or bugs and kinks. It’s completely okay if you want to wait for the final release.
But if you are interested in providing feedback at this stage, be sure to let us know on our forums.
We appreciate all your feedback immensely.
Source: http://blog.scssoft.com
Tags: American Truck Simulator Update Open Beta
Download Link 1