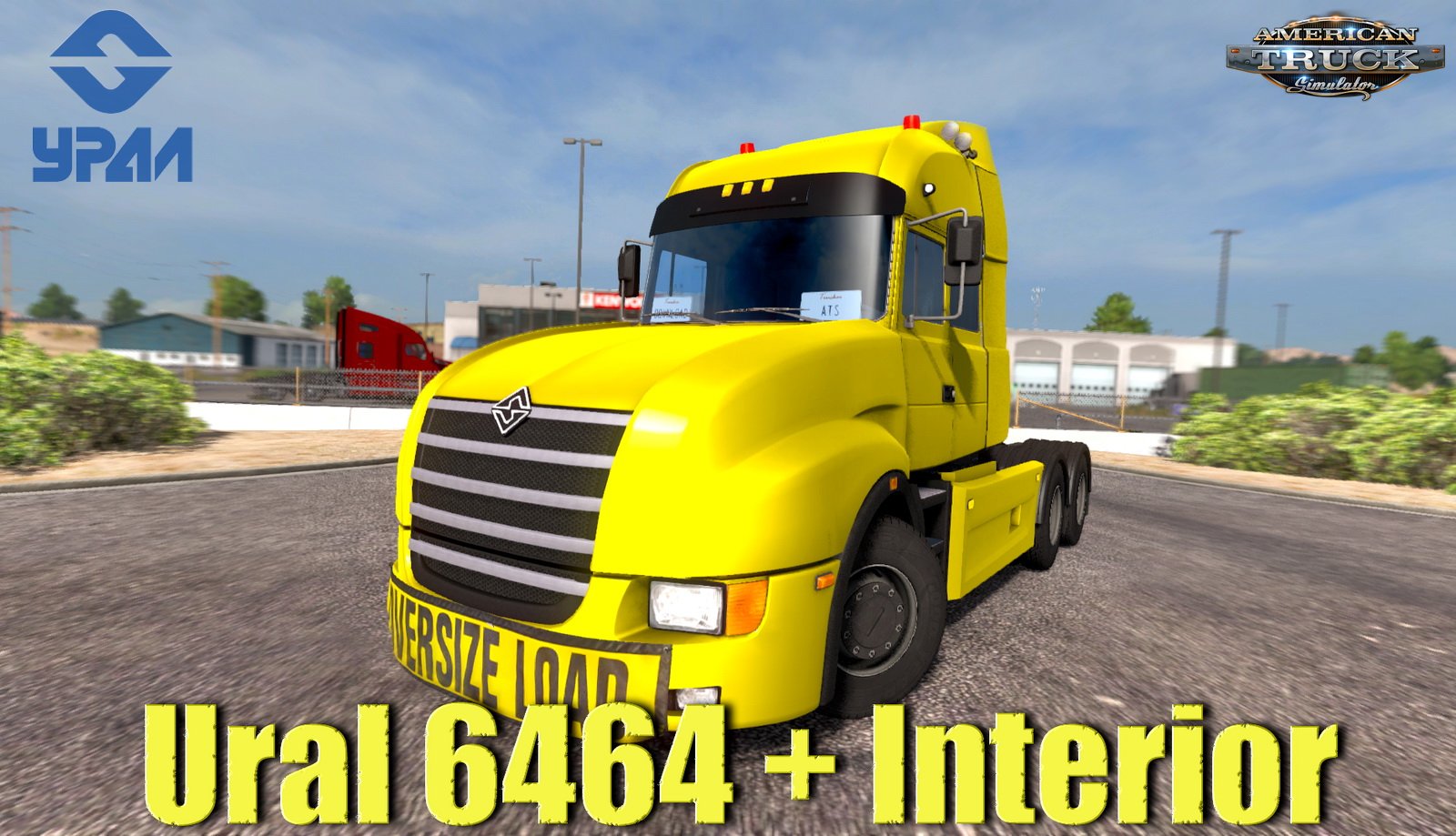 Download mod russian truck Ural 6464 + Interior v1.0 Edit by Versetti (1.35.x) for ATS | American Truck Simulator game.
Introduced in 2005, the Ural model 6464 was the truckmaker’s first attempt at a North American style conventional (bonneted) heavy truck.
The 6464’s cab and hood were created by i-Design*, utilizing Iveco's old "TurboStar" cab.
Features Ural 6464:
- independent truck model
- high detailed 3D model
- high detailed detailed exterior
- high detailed detailed interior
- the model has own sound
- the model has own wheels
- the model has own interior
- present the illumination of arrow speedometer and tachometer
- the character is correctly sitting in the driver's seat cabin
- the choice of wheels configuration
- the choice of color body / metallic paint
- correct position of the Ural logo
- Working headlights, brake lights, tail lights, front and rear turn signals, steering wheel and reverse signals;
- The correct position of the player
- interior accesories configuration
- There are external tuning
- Supports all major functions of the game
- buy from all trucks dealers
Ural 6464 Edit by Versetti:
– Removed the RTA nameplate from the radiator grill, because fuck it is not needed there.
– The curved grid texture of the grid has been replaced by a prettier seamless one.
– Changed the size of the wings for default tires and wheels.
– Changed the position of copyright tires and discs, corrected their shadow and edited their textures and mats. (but I would still recommend using default or third-party wheels).
– Changed and fixed shadow from the track.
– Inactive cables were removed and active ones were installed, approximately in the form in which they were installed on the original. (ATS uses a standard cable rod).
– The saddle is slightly lowered under the default trailers.
– Edited frame texture.
– Slightly edited registration and some mats.
– Added support for advanced hitch.
– Added two types of mudguards to the rear wings.
– Added unpainted side skirts.
– Roof slots and lighthouses added.
– For both games, the “oversized” banner on the bumper from ATS has been edited.
– In tuning, only one bucket is left on the rear overhang.
Interior changes for Ural 6464:
– Added curtains to the windows of the sleeping bag.
– Added a blanket with a pillow.
– Drawn new logos on the steering wheel and gearbox.
– Prescribed additional modes janitors.
Tested on game version 1.35.x 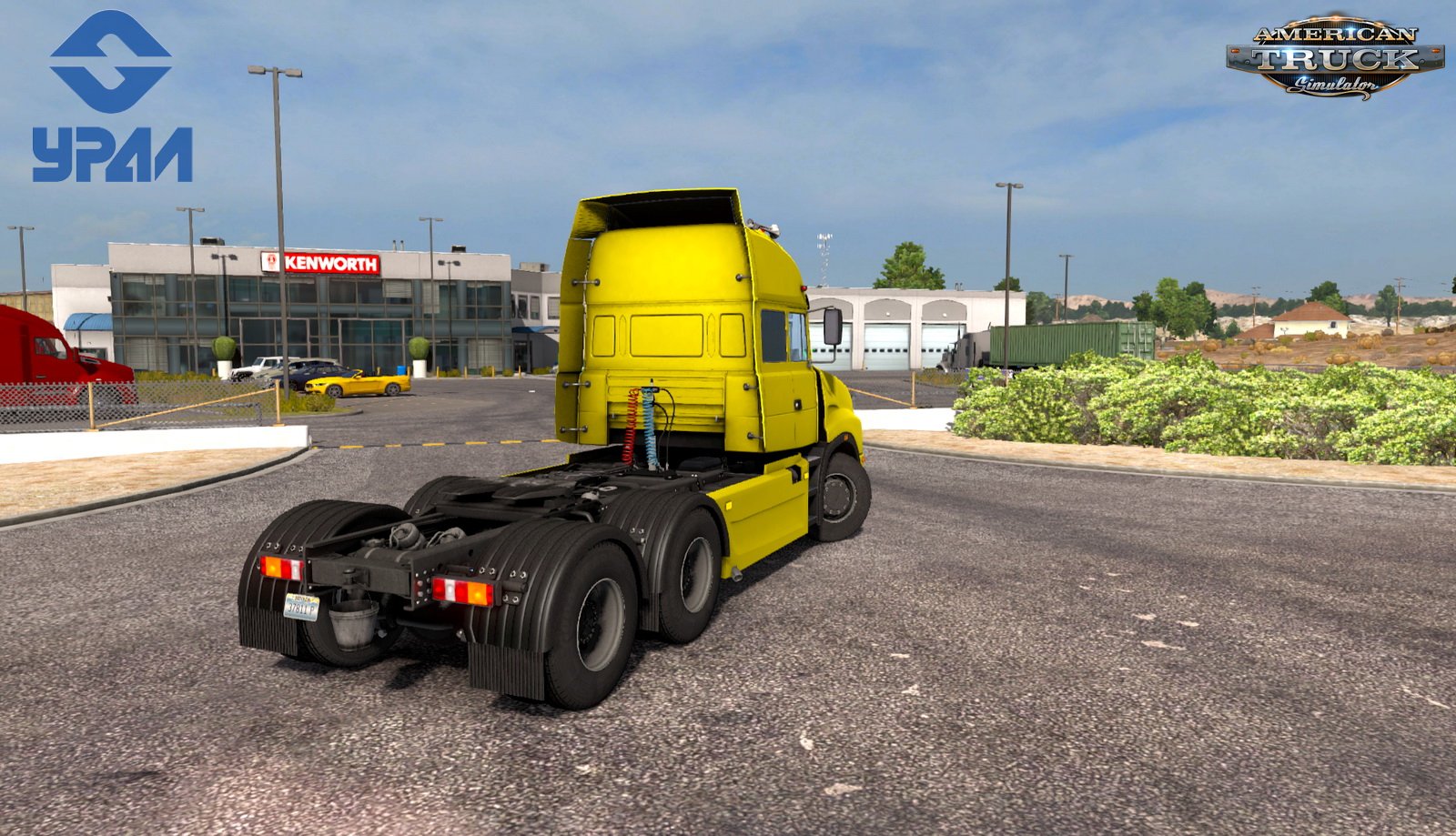 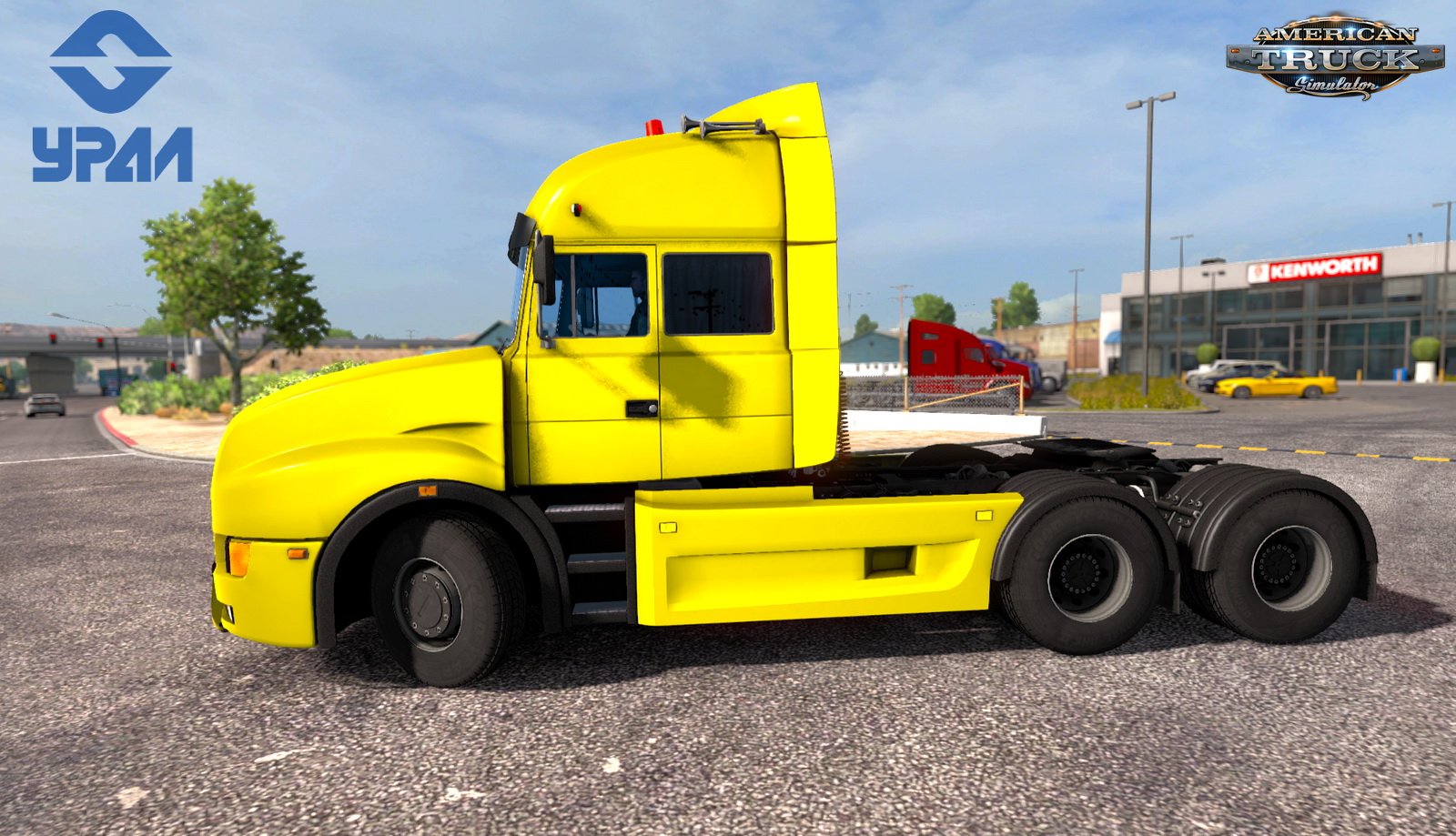 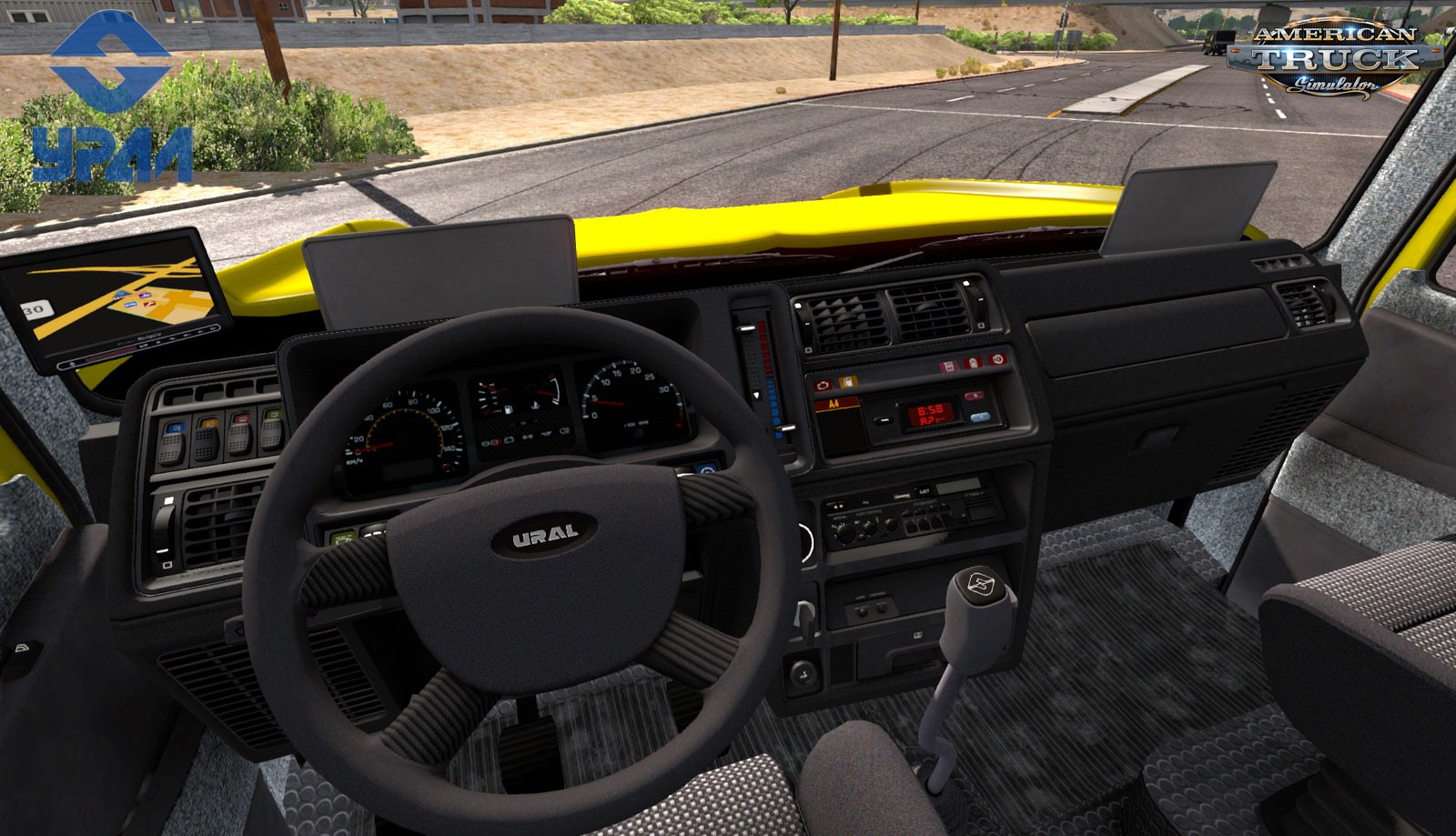