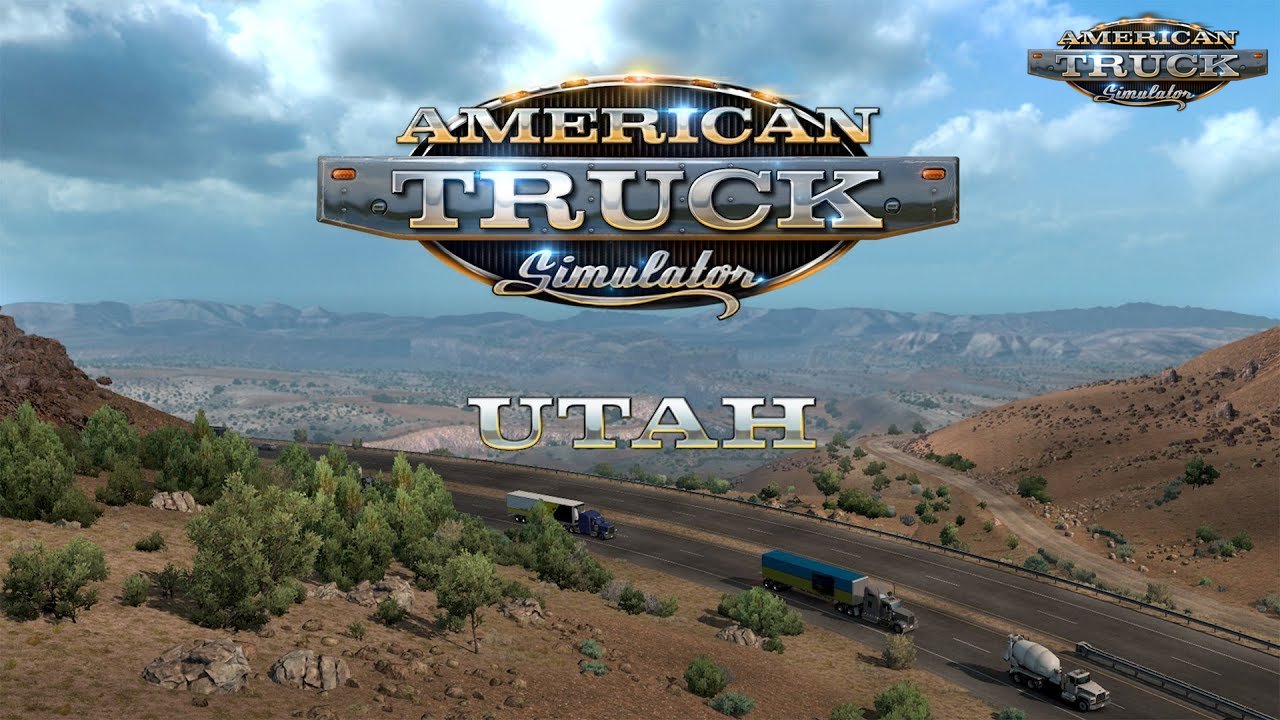 Many of you beelieved it when we told you that there's another map expansion coming to American Truck Simulator later this year, and most of you guessed the right one!
We couldn't think of a more appropriate time to announce that Utah will become the seventh state in our game than on Independence Day!
And why the Bee teaser? Because Utah is nicknamed the Beehive state, as the Beehive represents hard work and industry. It is also connected to the early pioneer Mormon settlers in the region.
Today, Utah has a population of more than 3 million spread across on 84,899 square miles and features a dry, semi-arid to a desert climate. Utah's many mountains also guarantee a large variety of climates creating a very specific atmosphere with which we tried our best to recreate.
Coming of Utah will also break the "hockey stick" or "L-shape" as you, our community, nicknamed the actual game map. This will allow for a better variety in routes between your destinations and hopefully, bring a richer variety behind the wheel. You will also find new cargoes available since Utah is the center to many different industries.
From now, until the release of this map expansion later this year, you can look forward to more blog posts and articles dedicated to Utah, accompanied with screenshots mapping the development progress.

Utah DLC: New Deliveries
Today we have some work-in-progress screenshots of new delivery points represented by local industries. The Utah map expansion will offer many brand new and unique ones. All of those are very important as a part of the in-game economy. Let's start with the petroleum industry -...
Utah DLC: Kennecott Copper Mine
Known for its pioneers and religious history, breathtaking national parks and ski resorts, Utah has a large Travel and Tourism economy which sees over 23 million people a year. However, this is not the state's only booming industry. Utah also has an abundance of natural...
Utah DLC: This State Rocks!
Great news from SCS Software presenting some new screenshots from upcoming Utah DLC. So what’s the story behind the spectacular hues and rock formations for which Utah is so famous for? Formed as a result of the area’s unique geology and millions of years of erosion, these...
Utah DLC - Scenic Viewpoints in ATS
The Beehive State is approaching fast, and while we showed you some of its delivery points, truckstops, and general overview, we have a little something for all the romantic souls today! There are quite a lot of wonderful viewpoints, vistas and stunning landscapes in Utah. And...
Utah DLC: Urban Areas in ATS
Fresh news from SCS Software presenting some new screenshots from upcoming Utah DLC, Urban Areas in ATS game. If you were to look at a population density map of Utah, you will find that a majority of citizens live in the northern part of the state in larger cities such as Salt...
Latest Comments