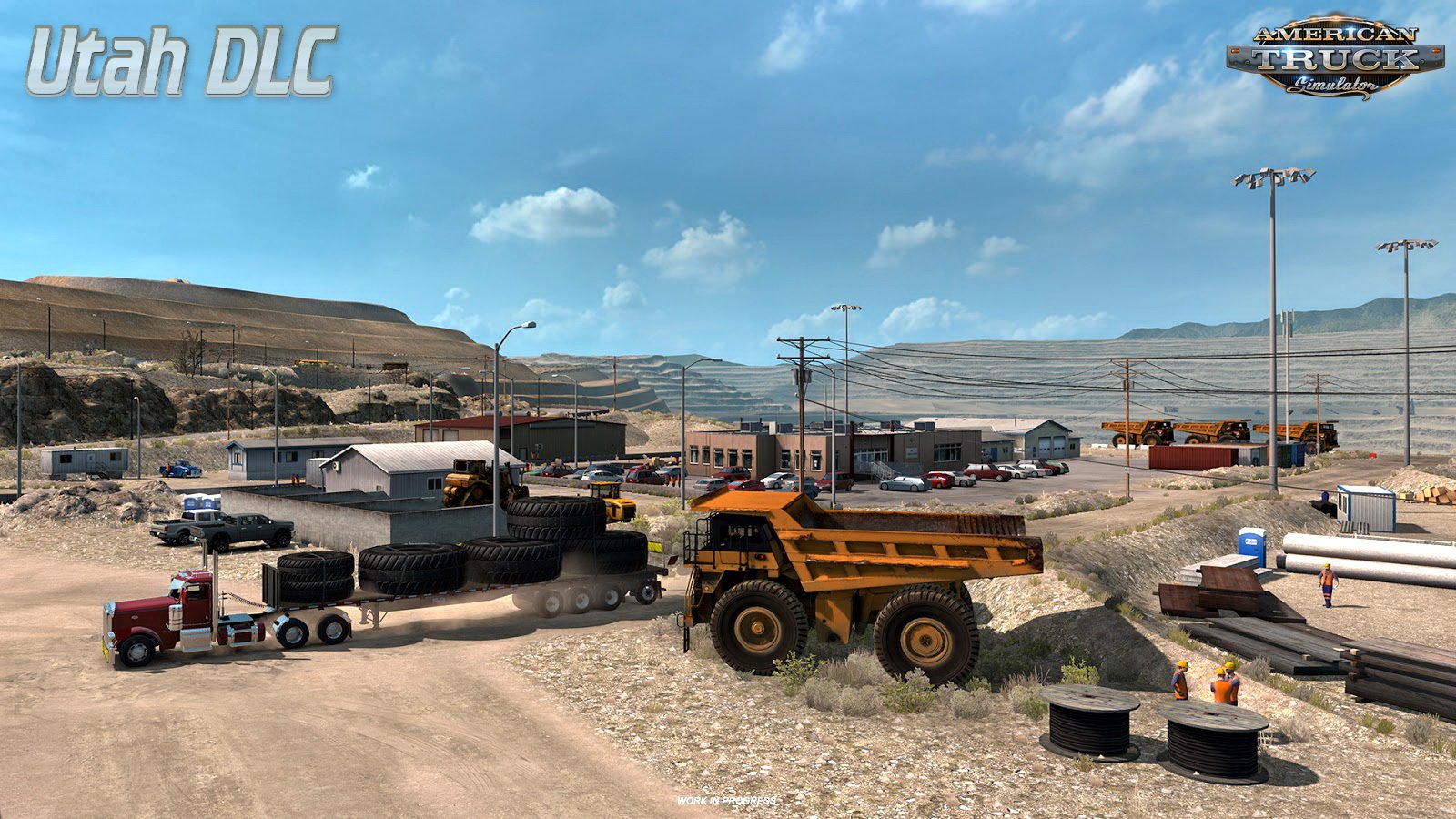 Known for its pioneers and religious history, breathtaking national parks and ski resorts, Utah has a large Travel and Tourism economy which sees over 23 million people a year. However, this is not the state's only booming industry.

Utah also has an abundance of natural resources within its rocks, which has created a large mining industry. From gold to coal, the state has many operations which extract these precious elements from the ground. However, there is one industry that stands out from among the rest.

Being one of the largest man-made open-pit excavations in the world, the Kennecott Copper Mine which operates all year round has produced over 20 million tons of refined copper ore. Its operation is so large it can be seen from outer space, and makes for an impressive view for any driver close by.

In our upcoming Utah map expansion for American Truck Simulator, drivers will be able to assist in the operation by delivering equipment and resources to and from the mine. Be sure to take extra care when driving through this impressive landmark, as you drive on dusty roads and into an active mine.