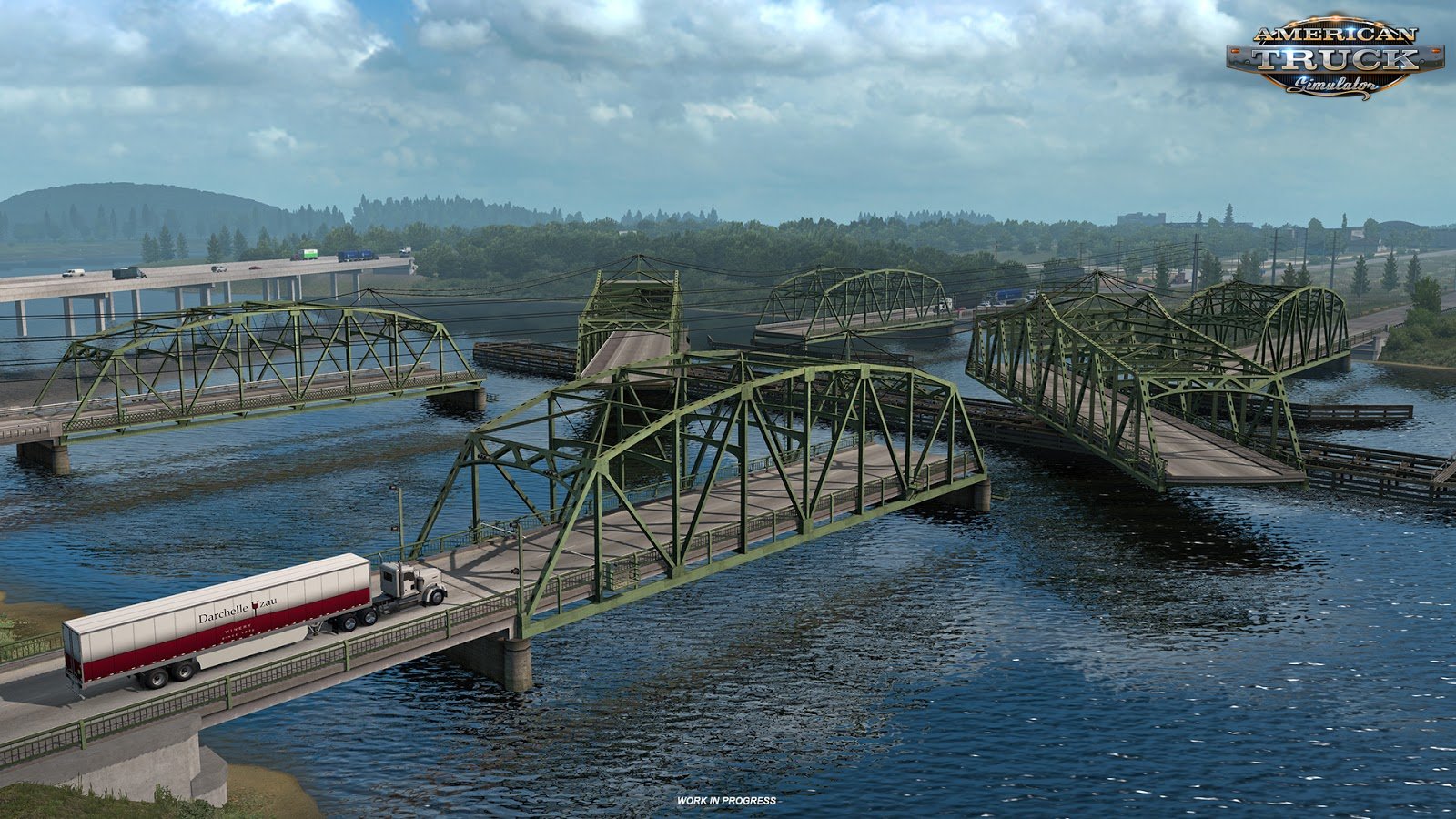 A considerable part of the eastern side of Washington has multiple bodies of water flowing around it; with the city of Seattle being surrounded by Lake Washington and Elliot Bay. Looking at a map of the state, this may seem like a logistical nightmare for any driver. To connect towns, cities, and islands, the state has built an impressive amount of Bridges.

With approximately 7,300 bridges, they form a critical transportation link for residents and industries. In our upcoming map expansion for American Truck Simulator, you will be able to drive on over 20 of these unique and landmark bridges; which have been re-created in impressive detail with unique assets and mechanics. One such example of this is the steamboat slough swing bridge located in Everett, which was built in 1954.

From floating bridges, fantastic views over state parks, you can truss us that there will be lots to explore in Washington.

Washington DLC: Everett Aerospace Factory in ATS
At any given time there are on average over 9,000 commercial aircraft flying above us in the skies, and it's a good chance that one of those aircraft was built in Washington. Located in Everett you can find the states largest aerospace factory, which can produce up to an...
Bridges of Oregon in American Truck Simulator
Let us bridge the time until the release of ATS Oregon DLC by a post showing some of the bridges featured in the map expansion. Thanks to a plentiful amount of rivers in Oregon, our DLC will also contain a considerable number of bridges. We've just shown some major bridges while...
Washington DLC: Mount St. Helens in ATS
On this day back in 1980, Mount St. Helens erupted in the largest Volcanic event in U.S. history. The devastating effects of this disaster resulted in the loss of over 150 square miles of forest, homes, railways, and roads. Located 96 miles south of Seattle, it has since become...
Farming in Washington State for ATS
From bustling cities to evergreen forests, Washington is a diverse state that is home to many significant industries including one of its largest, Agriculture. Each one of the around 40,000 farms require constant attention to keep running; they depend on truck drivers to deliver...
Latest Comments