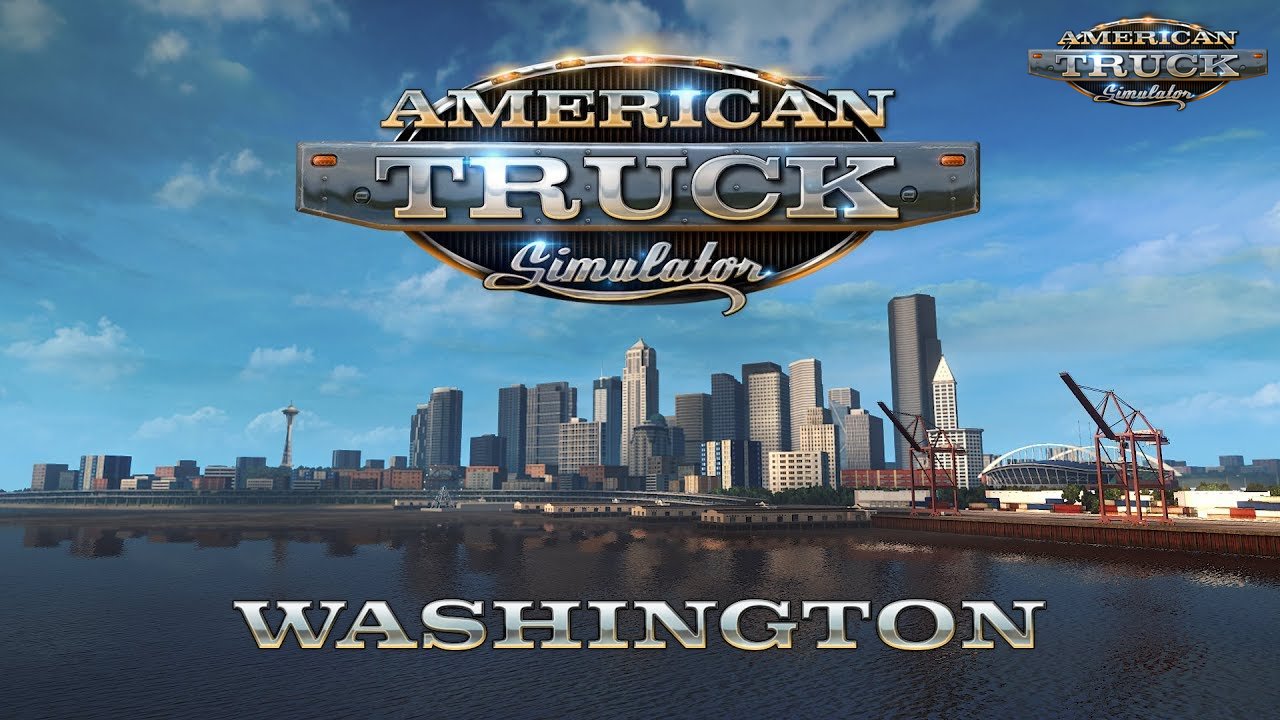 In a recent blog post, we have teased you with a batch of screenshots from an upcoming map expansion for American Truck Simulator. At the same time, we promised an official confirmation of the State, which most of you have actually managed to recognize very fast. This was very satisfactory for us, as it's a validation of our effort to bring our virtual worlds closer to the real world.

Washington State will be another destination on US soil. The choice of this territory was logical and henceforth linked to our endeavor to cover the West Coast and create a solid bridgehead for future expansions. This step also opens whole scenic coastal US 101 route. Its northernmost territory will, of course, be part of the Washington DLC and you can grasp the opportunity to drive it all the way from south to north or vice versa. We've tried it already and it's great!

Like every US state, Washington has its own soul and feel. We have focused on typical landscapes, settlements, industry, cities, and ports. Everything we've done so far exceeds our expectations and we have added an authentic experience from Washington hauling. Gradually, until the release of map expansion later this year, you can look forward to more WA-themed dedicated blog-posts and articles accompanied with screenshots mapping the development progress.

Washington Landscapes for ATS
If you have ever had the chance to visit Washington State in the USA, you may have noticed that almost everywhere you go you will see green, even while driving through the city areas. The state is even nicknamed the 'Evergreen State' and has the Green Darner Dragonfly as their...
Farming in Washington State for ATS
From bustling cities to evergreen forests, Washington is a diverse state that is home to many significant industries including one of its largest, Agriculture. Each one of the around 40,000 farms require constant attention to keep running; they depend on truck drivers to deliver...
Washington DLC: Prefab building in ATS
One of the challenging tasks with every new map expansion is to come up with new industry depots. Since these are the cornerstone of the in-game economy with direct impact on gameplay overall, their development has come a long way from the same-sized generic prefabs, through...
Washington DLC: Urban landmarks
Transferring real-world environments into our games universe is always a challenging process. For example, there are many technical and practical limitations which exist, many of which are related to the games' world scale of 1:20. To help us create an immersive experience that...
Latest Comments