Farming in Washington State for ATS 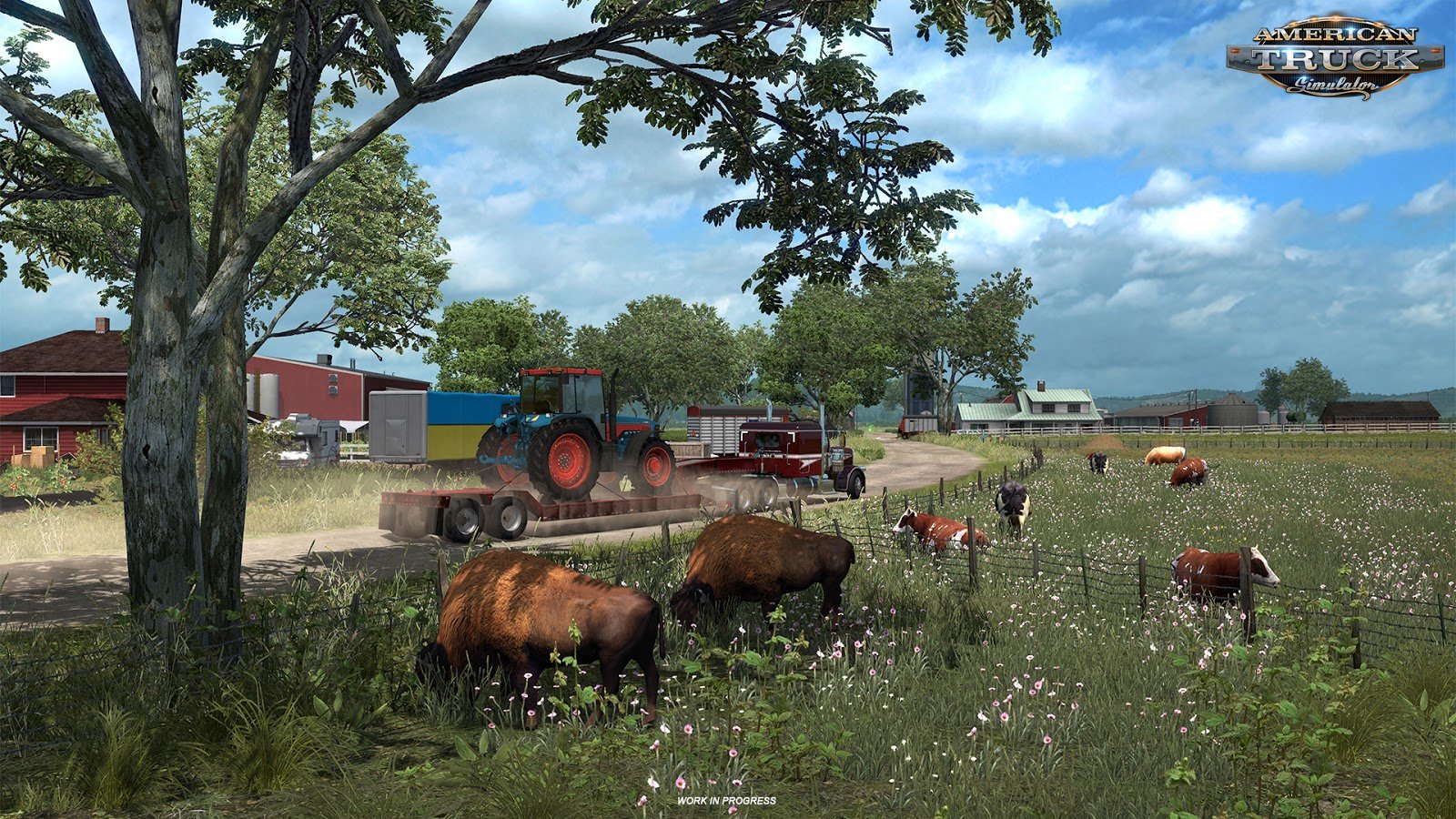 From bustling cities to evergreen forests, Washington is a diverse state that is home to many significant industries including one of its largest, Agriculture. Each one of the around 40,000 farms require constant attention to keep running; they depend on truck drivers to deliver their materials, machinery and most importantly their produce to export across America and beyond.

The upcoming Washington State map expansion will feature many farm industries that will not only include growing just crops, but also those that specialise in other produce such as pumpkins, tomatoes and other fruits and vegetables.

Just as important as the produce grown are the farmyards themselves, which can vary from large companies with many acres of fields, to small country family farms. Essential to their operations are the structures which occupy the land such as greenhouses, silos, and most importantly, shelter for the livestock. On your travels, you may even come across farm animals such as pigs, sheep or even large buffaloes known for roaming and grazing, or just enjoying the sunshine.

We can't wait for you to explore these farms amongst many other industries! In the meantime, why not add Washington State to your Steam Wishlist?

Washington Landscapes for ATS
If you have ever had the chance to visit Washington State in the USA, you may have noticed that almost everywhere you go you will see green, even while driving through the city areas. The state is even nicknamed the 'Evergreen State' and has the Green Darner Dragonfly as their...
Washington DLC: Logging cliff road
Servicing the logging industry (together with farming industry) will be an important aspect of the in-game economy for the upcoming Washington map expansion. If you are looking for a more challenging drive, you will not only come across beautiful open roads but also winding and...
American Truck Simulator - Washington DLC
In a recent blog post, we have teased you with a batch of screenshots from an upcoming map expansion for American Truck Simulator. At the same time, we promised an official confirmation of the State, which most of you have actually managed to recognize very fast. This was very...
Washington DLC: Urban landmarks
Transferring real-world environments into our games universe is always a challenging process. For example, there are many technical and practical limitations which exist, many of which are related to the games' world scale of 1:20. To help us create an immersive experience that...
Latest Comments