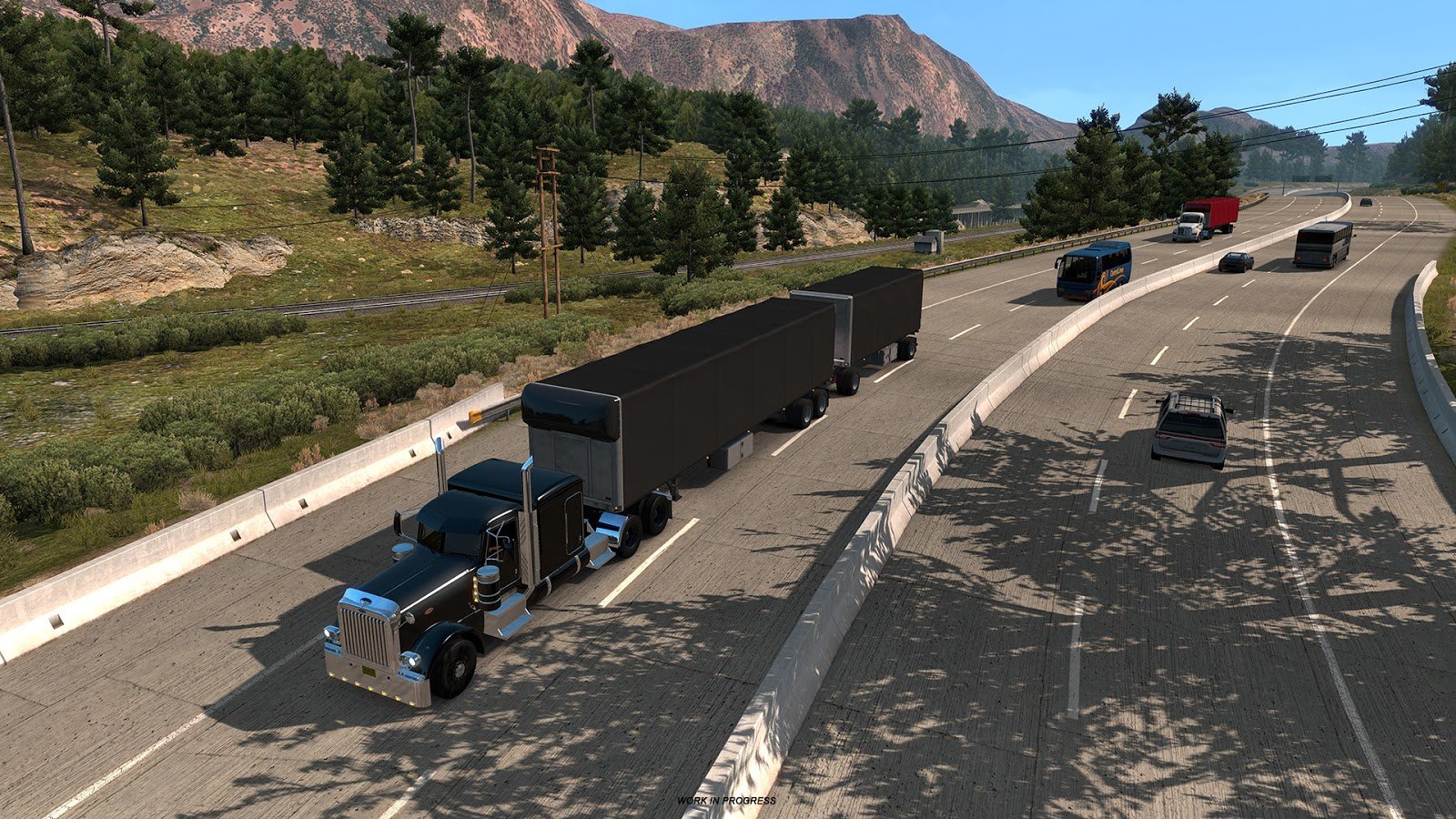 Some hints about an upcoming major new feature of our truck sim games have already been
spotted by the fan community, and it's time to finally start talking about it openly.
Trailer ownership has been requested for years, and it's coming at last, as a major part of the
upcoming 1.32 update both for Euro Truck Simulator 2 and American Truck Simulator. 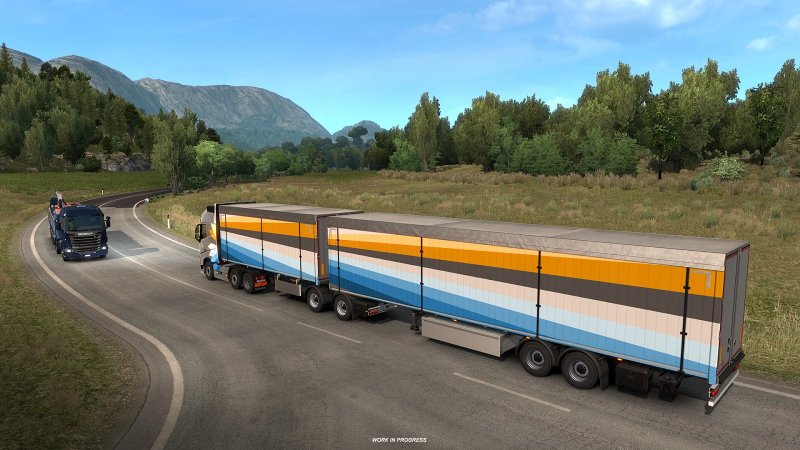 Trailer ownership may not necessarily have the same meaning for everybody, different people
may have slightly different ideas of what it should include and how far it should go in depicting reality.
In our games with lots of different systems, layered on top of each other, we had to figure out a way to
add the feature without breaking the existing gameplay loop which has been very much ok for the majority
of the millions of players who tried the game over the years, while bringing enough of a change for
people eager for more depth. The core feature set had to be created in a reasonable timeframe so that the
bulk of the implementation and testing can fit inside a period between two game updates. In reality,
the work has been going on for over a year, employing a big cross-discipline team here, as there is a huge
number of changes to gameplay logic and economy, camera work, user interface screens,
there are tons of new models, artwork, textures, and paint jobs. 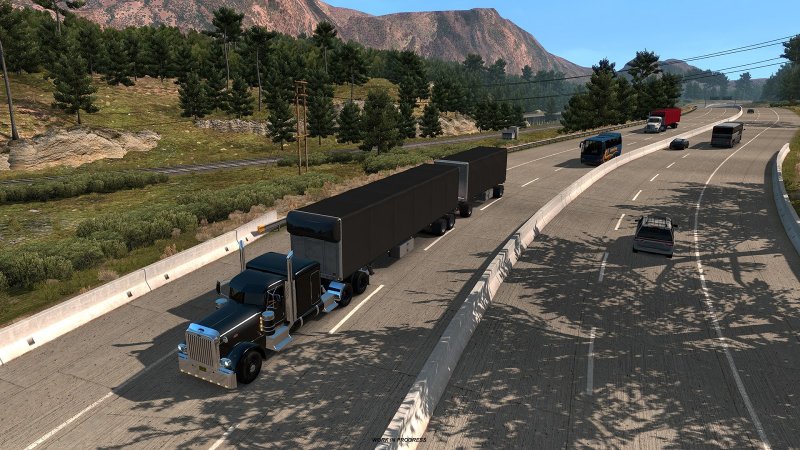 We had to decide on what is essential and concentrate on this core. In the upcoming update,
there are still some elements left where we see an opportunity to go deeper eventually.
Some trailer classes have not been refurbished yet so that they have not been made available for
trailer ownership, this will have to wait for a future update, too. We are hopeful that the new
feature will be accepted positively especially by the hardcore part of the truck sim players,
as we have created not just a fully-fledged equivalent to the existing
truck upgrade shop, but there's so much more included. 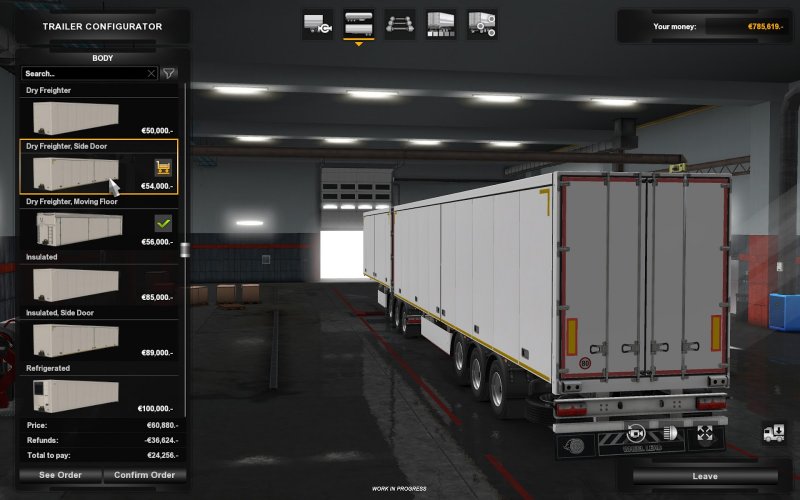 A new, separate configuration section in the form of trailer upgrade shop will let you build,
configure, tune and paint your owned trailers. You can choose from multiple chassis,
trailer types, and paint jobs and you’ll be able to tune your trailer with many different parts,
of course, the wheels are customizable as well. Company paint jobs available in ETS2 will
offer the right options for your new trailer to fit into your company's visual style.
From now on your AI drivers are able to choose fitting trailers from your trailer pool and use them! 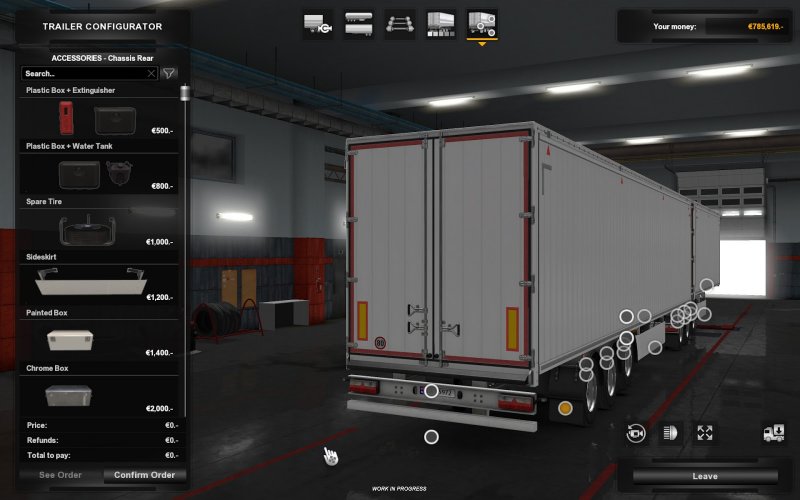 In a nutshell, we have refrigerated, insulated, curtain siders and dry cargo trailers for both games
coming in the update as ready to be owned. Moreover, ETS2 will host moving floor trailer variants.
For European trailer configuration, you can choose from single, double or also the newly available b-double.
American Truck Simulator will host 28, 45, 48 or 53 feet trailer versions in double, triple or even Rocky Mountain
double configurations - these will be based on the geographic location of your garage to comply with the
law in each US state. Flatbeds will be available for both ETS2 and ATS. Addition to ATS trailers are also
flatbeds with a rolling tarp system (equivalent to European curtain sider). You can see there will be
many trailer lengths and types combinations to haul cargoes of all sizes.
We added one more fitting feature: ADR (HAZMAT) cargoes will „spawn“ appropriate warning sign on your trailer. 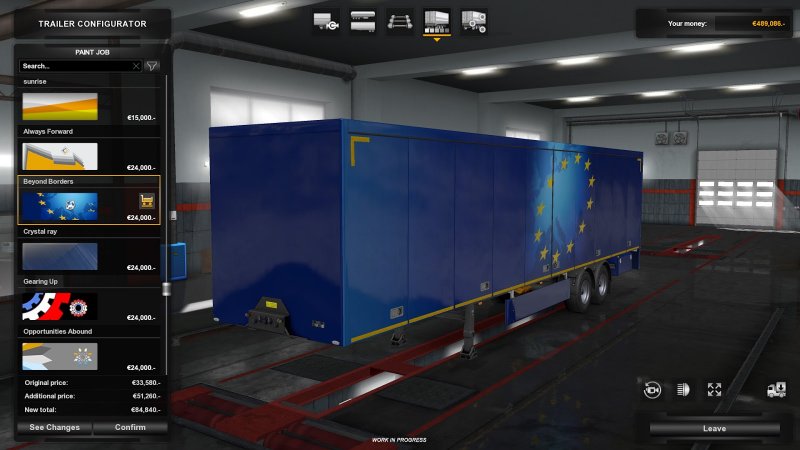 The new addition of trailer ownership logically means big changes to the in-game economy.
It will be much more cargo-focused, but Quick jobs and Freight market will stay around as simpler
and satisfying options to get into the game. A whole new Cargo Market screen will let you search for
deliveries on your own trailer. Yes, we had to create a LOT of new cargo visualizations for this new feature.
We will show you more of trailer ownership before 1.32 is out, and it's also going to be battle-tested
as a part of the upcoming Open Beta, so the wait should not be overly long.
We hope you’ll be just as excited for its release as we are!
Source: http://blog.scssoft.com/
Tags: Update 32 Appetizer Trailer Ownership