Air Ride A Series v1.0 By Momo for Ats 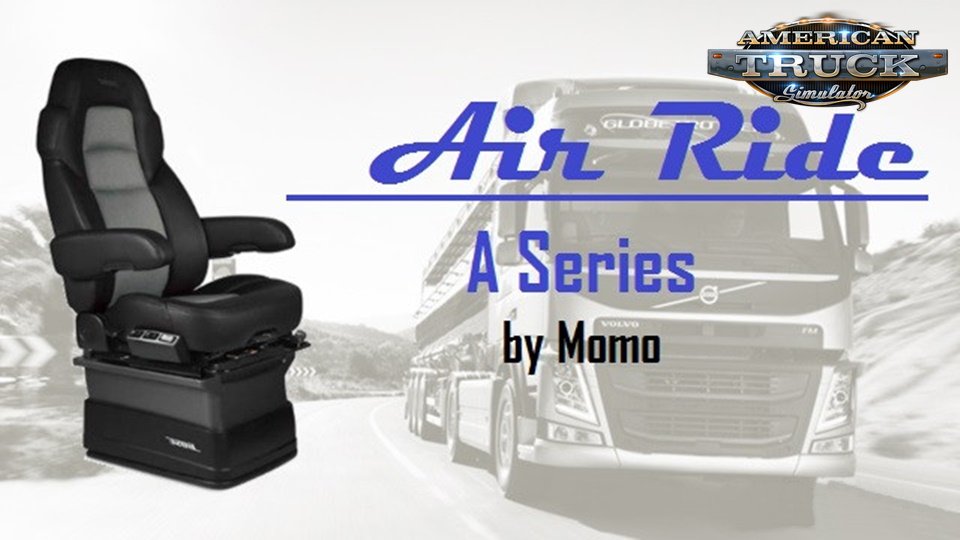 Description about « Air Ride A Series v1.0 By Momo for Ats »:

Air Ride A Series v1.0 By Momo for Ats game
Note from the Author:
Normally I am not a truck driver, but recently i got a chance to test drive a Volvo FH truck in real life.
I found that the driver seat always moved up and down while the truck was on the move regardless of the road conditions.
Because the seat carries the driver’s weight while trying to absorb the vibration as much as possible,
so that’s why the seat always moves up and down.
In the contrary, ETS2 does not simulate the driver’s weight, so the driver in ETS2 has no
weight and that’s why the seat rarely or barely moves in the game.
This mod is an attempt to simulate real life driver seat movement as close as possible by making
the seat in the game more sensitive so that it moves up and down when it should.
But there is no way to implement the driver weight, so it’s unable to be 100% accurate.
But it should feel a lot more realistic now than the vanilla.
Features:
1. This mod replaces your seat with an air ride seat. It moves up & down when it should and properly, not too excessive.
2. Feel the softness of your air suspension seat.
3. This seat is not the same as what included in my Physics mods.
This is a different seat. Place this mod higher than my physics mods.
4. As a little side effect, when you first enter the truck (the game drops your truck from the sky)
your air seat will move up and down a little while (10 secs) because of the drop.
This is normal. It will stop when the vibration has gone.
COMPATIBILITY & USER INSTRUCTIONS
– Compatible with all trucks, must be higher than truck mods.
– Compatible with physics mods, must be higher than physics mods.
– Game patch 1.29, 1.28, 1.27 compatible and earlier versions.
– You have to enable the camera physics in the game option and slide its bar to maximum.
USER AGREEMENT
– You are not allowed to re-post by another download link.
– You are not allowed to change the name and re-post.
– Any violation will be considered as stolen and actions will be taken against.
– Only use my original download link to re-post.
DONATION
Tips are always appreciated.
https://www.paypal.me/aaticha
FOLLOW MY MODS ON FACEBOOK FAN PAGE
“Momo’s mods”
https://www.facebook.com/Momos-mods-365686307191461/

Momo’s Physics 6.1 Geometry for Ats
Momo’s Physics 6.1 Geometry for Ats 1.29.x game version IMPORTANT: You need a separate air suspension seat mod to work with this mod, choose an air seat of your chioce from the links below: Choice 1: Air Ride A Series 1.0 Choice 2: Air Ride B Series 1.0 “Physics 6.1 Geometry” is...
Air Ride B Series 1.0 By Momo for Ats [1.29.x]
Air Ride B Series 1.0 By Momo for Ats 1.29.x game version This “B series” is a sequel of its sister “A series” published before. They are not the same. This B series acts differently from the A series. They both are good so it’s up to the player’s personal preference. Choose to...
Pneumatic Seat v1.0
...
Adjustable Steering Wheels
In both American Truck Simulator and Euro Truck Simulator 2, players already have the option  to modify their interior camera viewpoint by adjusting the seat position, changing head position and modifying the view angle.  In earlier game updates, we've also made the...