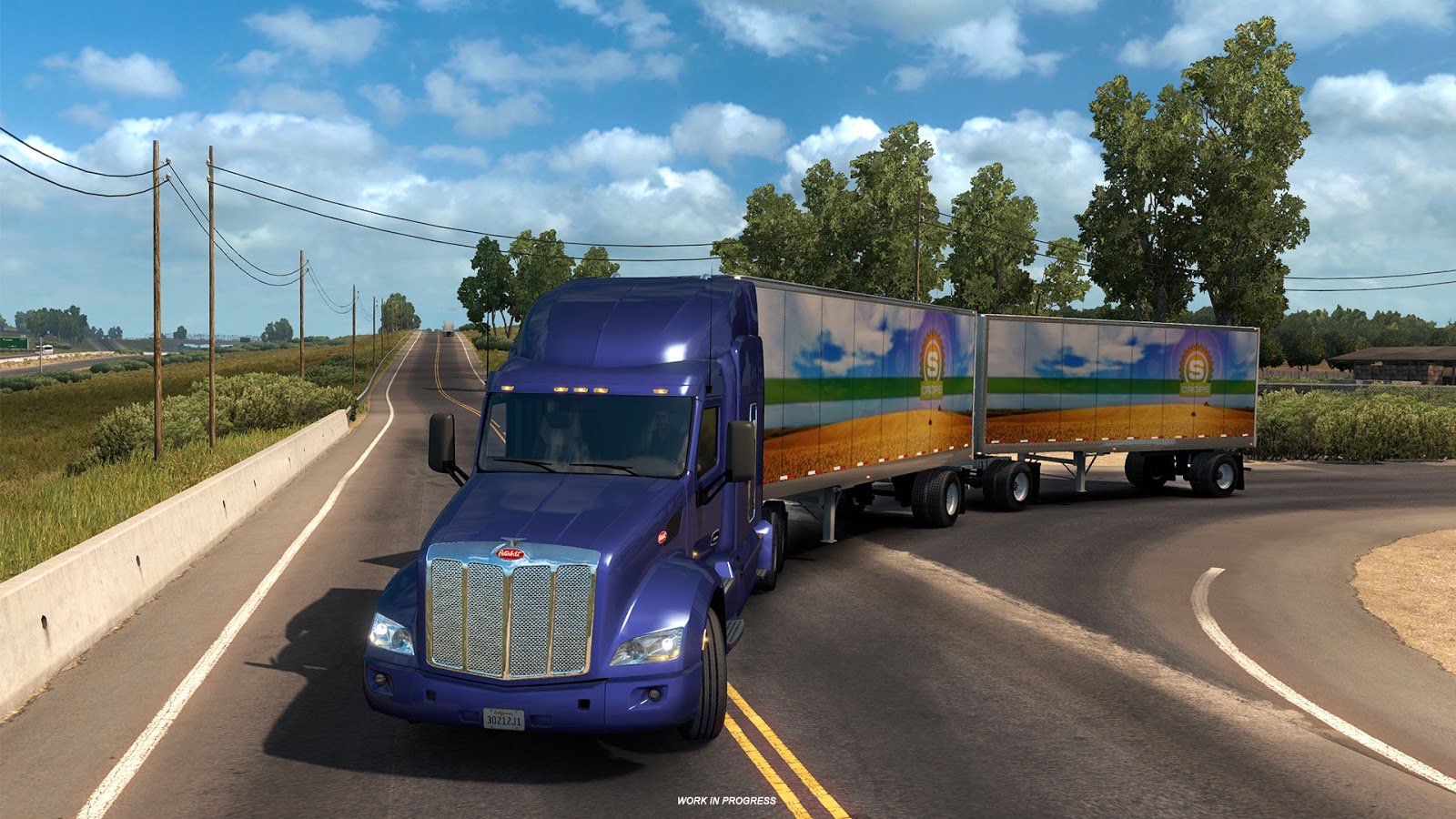 Today we have an announcement that should make many of our fans happy.

have the gameplay as well as technical side of multi-trailer physics support ironed out,

we finally feel ready to reveal fresh info about our progress on doubles.

It has taken us a long time, but hope never dies! We are polishing double trailers for

We have a few pictures for you to prove that we are serious...

Our games' fans have patiently (or not so patiently) waited for double trailers for a long time,

and the wait should not be that long any more. The new trailers and physics improvements

will be a part of the next big "point release" update of both games.

Our hope is to release the updates in early summer. It's going to be a FREE update.

Meanwhile, we are also wrapping up work on Heavy Cargo packs both for ETS2 and for ATS,

which are going to be paid DLCs, comparable to our existing High Power Cargo Pack DLC.

So if you are into cargo transport in particular, there is a ton of cool stuff to look forward to!

ATS Update 1.28 was released
We want to thank everyone who participated in the open betas for their feedback. We are truly grateful for your time and dedication. After several weeks of thorough testing and bug fixing, the open beta is finally over today, and we are here to release live 1.28 update for...
ATS Doubles/Triples/Heavy Trailers in Traffic [1.32.x]
...
Update 1.32 Appetizer: Trailer Ownership
...
Halloween Paint Jobs for American Truck Simulator
While multiple teams are working on various updates and improvements for our games, we want to say thanks to all of you for your patience. We have a very strong motivation to keep bringing you new content and features; our survival in business depends on our ability to innovate...
Latest Comments