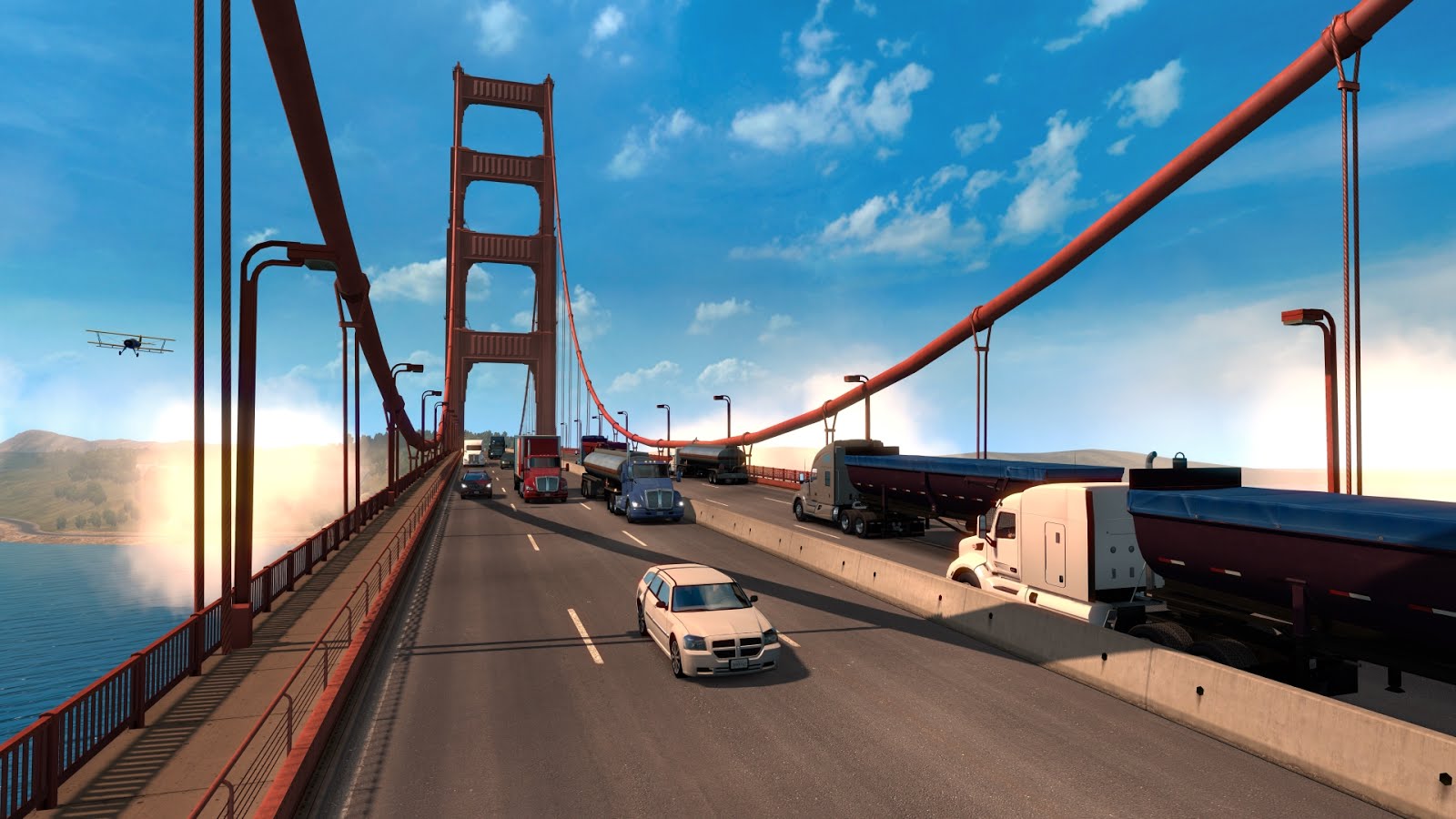 We're very excited to make a big announcement, but first we need to give you a little backstory. Back when we were beginning research work on American Truck Simulator, just a few months after the release of Euro Truck Simulator 2, SCS Software was a team of about 20 people. We made, and kept, a commitment to actively support and expand ETS2, so the core team on the ATS project at that point was just a handful of developers. We hoped that some day the team would grow to be a modest 8-10 people large. They were facing a monumental challenge in trying to portray the continent of North America on a reasonable scale within a feasible time frame.

Fortunately American Truck Simulator started strong out of the gate, and we are now confident that its sales can sustain an even larger development team than we originally hoped for. SCS Software has since more than doubled in size, and we are in the process of hiring even more map designers and 3D artists. Looking at what we have created so far, and considering all the feedback we've gotten from our fans, we are at an intersection: we can either accept things as they are and continue building the world as is, or we can take a step back and change things before it's too late. It's either now or never, as the more of the world we build, the less likely we are going to be able to make major changes.

Having said all that, perhaps the greatest number of complaints from the players of American Truck Simulator have been related to the scale of the map. Your comments are incredibly important to us, and we listen to as many as we can. As such, we had been pondering internally how to meet your feedback for several months while we finished work on the Arizona DLC, and now we have made up our mind: we are, as a free future update, going to increase the scale of the game world of American Truck Simulator. This update will have many clear benefits for you, such as: 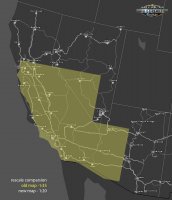 The new scale is equivalent to that of Euro Truck Simulator 2, so the flow of time in both games will be the same. There is also more room now to go back and improve some of the places that were compromised due to the limited scale and replace them with more realistic depictions.

The benefits are clear - you're going to get a free "take 2" on the West-coast states that you already have in the game, and roomier game world for future expansions. In addition, this expansion will come with new road segments to explore and updated technology for the old roads.

There is one thing that we need from you though - patience. It will take several months to re-scale the existing world before we can move on to building completely new areas and DLC. The map designers are in fact hard at work already on the re-scaling project. To help reduce the turn around time of new state DLC during this renovation, a large part of the 3D assets team is working on vegetation, buildings, landmarks, and any new prefabs we need for new state DLC. And in the middle of all of this, our hope is to grow the company enough to have two map designer teams working in parallel on growing North America both Northward and Eastward at the same time. 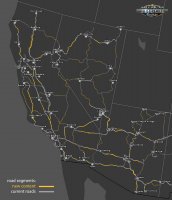 We are very excited for this expansion and feel strongly that it is in everyone's best interest. You get more compatibility, new content, and better modding technology for free, and we get the space to expand the North American continent into the truly majestic landscape that it is. This is the right step to take for the health of the game and its community in the long term - two, three, even five years into the future.  We hope that enough of our fans will have the patience to stay with us. It's your continued support that makes our games what they are, and what we do worth doing.

The junction of U.S. Route 101 and State Route 58 before the rescale (left) and after (right)