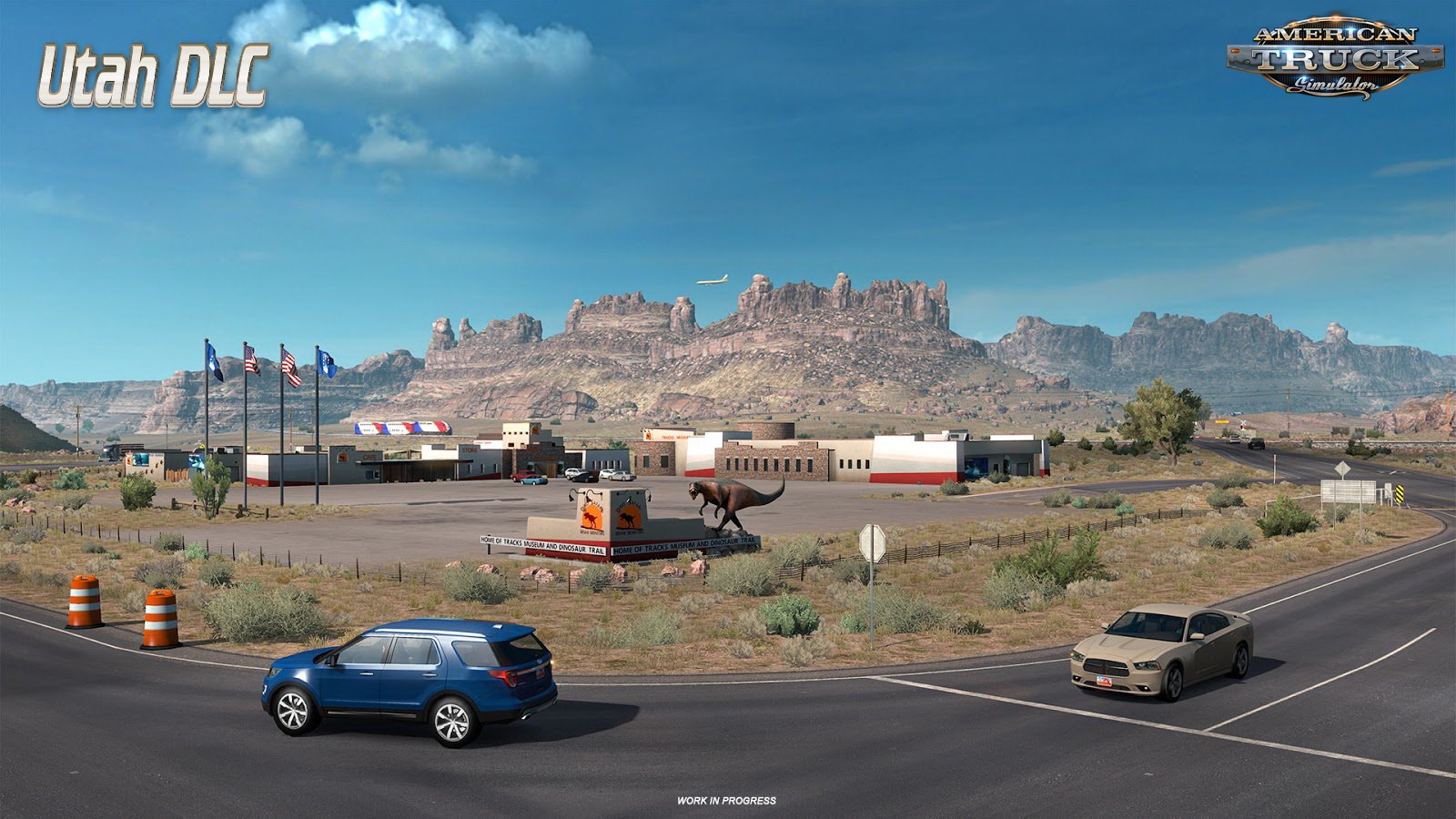 Great news from SCS Software presenting some new screenshots from upcoming Utah DLC, landmarks screens.
A truck driver's journey through Utah isn't all desert and dust. Some of nature's greatest landmarks are found across this mountainous and populated state. One the best-known group of rock formations, Monument Valley can be seen towering over some of the nearby highways at well over 1,000 feet tall. That is just one of the many stunning landmarks that nature has to offer.
Many other landmarks come in the form of historical or religious buildings found in many of the surrounding towns and cities. Historical temples and places of worship can be found in almost every town, alongside many other landmarks such as museums or city halls.
Occasionally, you might just see something quite out of the ordinary. There is always a story behind these unique landmarks that you can discover; we highly recommend that you do so!
So, remember to always keep your eyes peeled as you will never know what you might find on your next journey. Make sure to add Utah for American Truck Simulator to your Steam Wishlist to be the first to be notified of its release!

Washington DLC: Urban landmarks
Transferring real-world environments into our games universe is always a challenging process. For example, there are many technical and practical limitations which exist, many of which are related to the games' world scale of 1:20. To help us create an immersive experience that...
New Mexico: Landmarks and Closed Beta Announcement
Landmarks both natural and manmade are the pinnacles of our efforts to make our players believe they're really "there." Their unique appearance often brings, as in the real world, a wow factor. Careful and detailed work with an emphasis on their unique position in our virtual...
Utah DLC: Sleep Places, Gas Stations
Fresh news from SCS Software presenting upcoming new Utah DLC with new sleep places, gas stations and more. From the SCS Software: After a long days' drive through the hot and dusty roads of Utah, truckers will need somewhere to take a well-deserved rest. Truck Stops are the...
Utah DLC: Road to the Starvation Reservoir - American Truck
Official gameplay video from SCS Software with Utah DLC: Road to the Starvation Reservoir for American Truck Simulator game. Note from SCS Software: It's time we take a closer look at our next upcoming state for American Truck Simulator, Utah. Known for its mountain ranges,...
Latest Comments