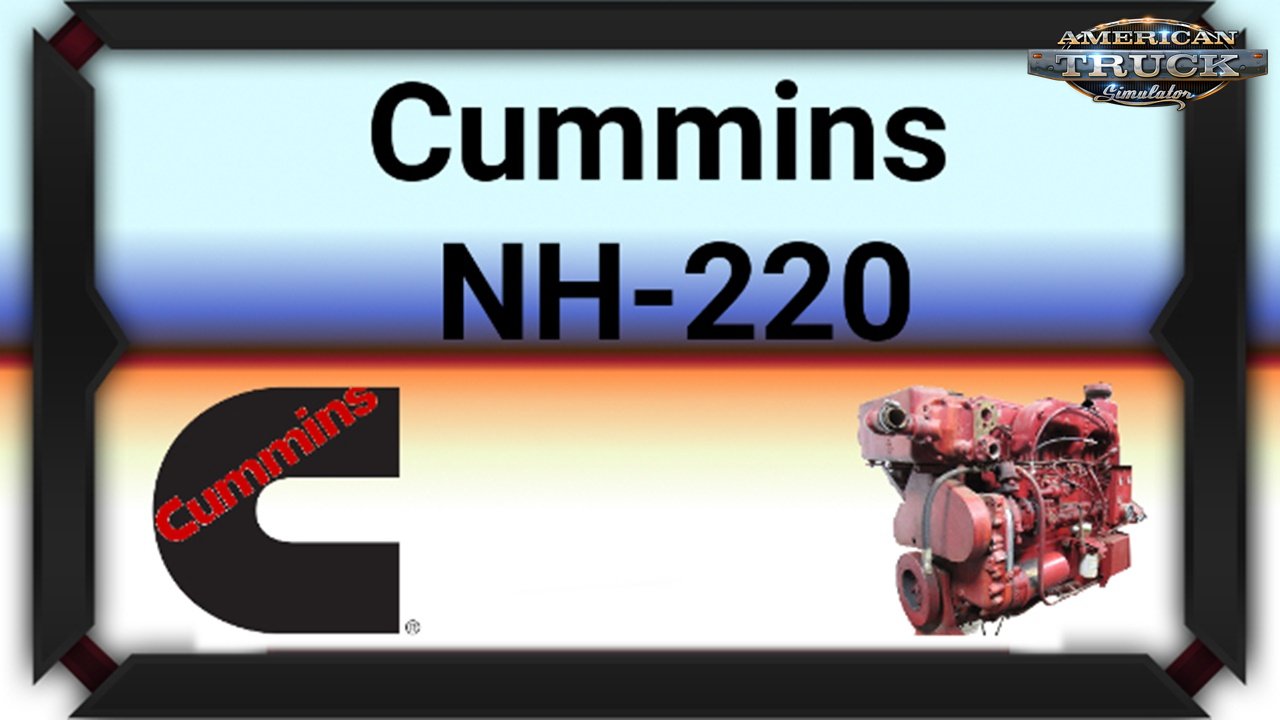 The NH-220 was found in trucks, heavy equipment, marine, and as a generator.

This engine was originally known as the NHB-600 and made only 200HP,
but in 1959 Cummins had it producing 220HP and decided that was enough to justify renaming it.

Maximum tow capacity is going to be in the area of 50,000lbs, but is somewhat reduced with a steep enough grade.


About The Mod
You will find four horsepower options for this engine in all vanilla trucks and many modded ones too.

The first one is based on official specs (as best as I could find), outputs realistic power for this engine.
I highly recommend you try this version out.

The next three versions are made-up and never really existed.
These are here for people who like the way the engine sounds
but don't want to give up the power they are used to.

Driving Habits
So because of the lack of turbo, the NH-220's peak torque and horsepower are at
a pretty high RPM, but the power band is also quite wide. It makes peak torque from
about 1300rpm all the way up to about 1700rpm, and max horsepower at the redline: 2100rpm.

Operating range will mostly be about 1400 - 1850rpm on level roads, but if you've got
extra weight or are on a steep grade you'll want to add about 250 RPM to both of those numbers.
This is very different from most engines in this game where you rarely exceed 1500. Basically,
you're going to want to rev the snot out of this engine

This engine used to come in trucks that had two transmissions for 16 total gears.
My recommendation is that you do take a 10, 13, or 18 speed. Don't take something
with fewer gears unless you're using one of the higher horsepower versions.
Your horsepower curve really favors the top end, so you need something with enough
gears that you aren't dropping to 1000rpm after a shift.


New Changelog:
2018-08-13
- Automatic Transmission Tuning - Should improve the weird behavior with an 18 speed.

2018-07-05
- Using "overrides" for sounds on all trucks again instead of defaults.
- Automatic Transmission Tuning to keep the revs up in the power band


Credits:
1. Most of the exterior sounds and the inspiration for this engine mod in the first place
come from this video: https://www.youtube.com/watch?v=TpfhFw0QopM&t=5m45s 1949
Kenworth - Pride of the Osborne Trucking Fleet

2. Most of the interior sounds come from this video: https://www.youtube.com/watch?v=AQoKzOyj1M0
220 Cummins backdrop manifold with straight pipe in a 1962 freightliner cabover

3. I borrowed a few sounds from Kriechbaum's N14c engine mod - specifically one of the "no fuel"
sounds which I blended with one of my own, and the Jake Brake sound, because I haven't been
able to find a good clean recording of a jake form an NH-220.
The N14c is in the same engine family, just about 40 years later. 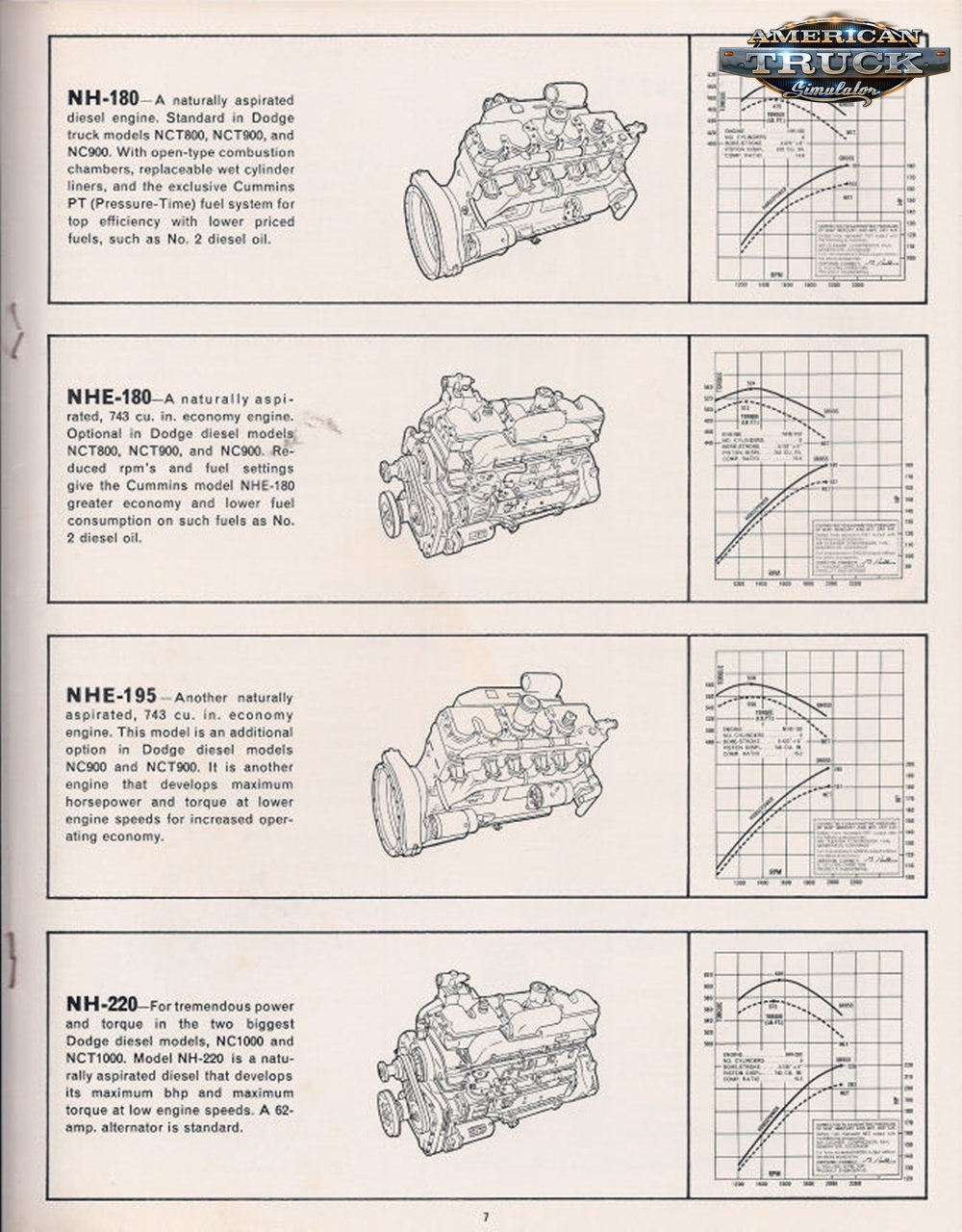