Scania Trucks Mod for ATS v1.7 by Frkn64 (1.31.x) for American Truck Simulator game.
This mod adds Scania trucks(from ETS 2) to ATS.
You have to activate European Truck Dealers mod(included in zip file) to buy these trucks from the dealer.
After you activate it, you can find the trucks at dealers in San Francisco,
Tucson, Las Vegas or Farmington(New Mexico).
Features truck:
– Scania R 2009 , Scania Streamline, Scania R 2016 and Scania S 2016 models available in the mod.
– Completely converted from ETS 2 without errors.
– Realistic suspensions
– Supports Advanced Trailer Coupling
- detailed model
Changes in v1.7:
- Fixed the problem of not connecting trailer cables thanks to ViktorRy.
- Fixed the no sound issue caused by conflict with some mods.(Such as Sound Fixes Pack)
Changes in v1.6.1:
- Now compatible with ATS 1.31 update.
- Added 8x4 chassis for Scania S & R 2016
- Added new paintjobs.
- Improved truck physics.
Changes in v1.5:
– The Scania signboard added again to the dealers for those who use this mod without the European Truck Dealers mod.
– Removed unused automat files.
Tested on game version 1.31.x 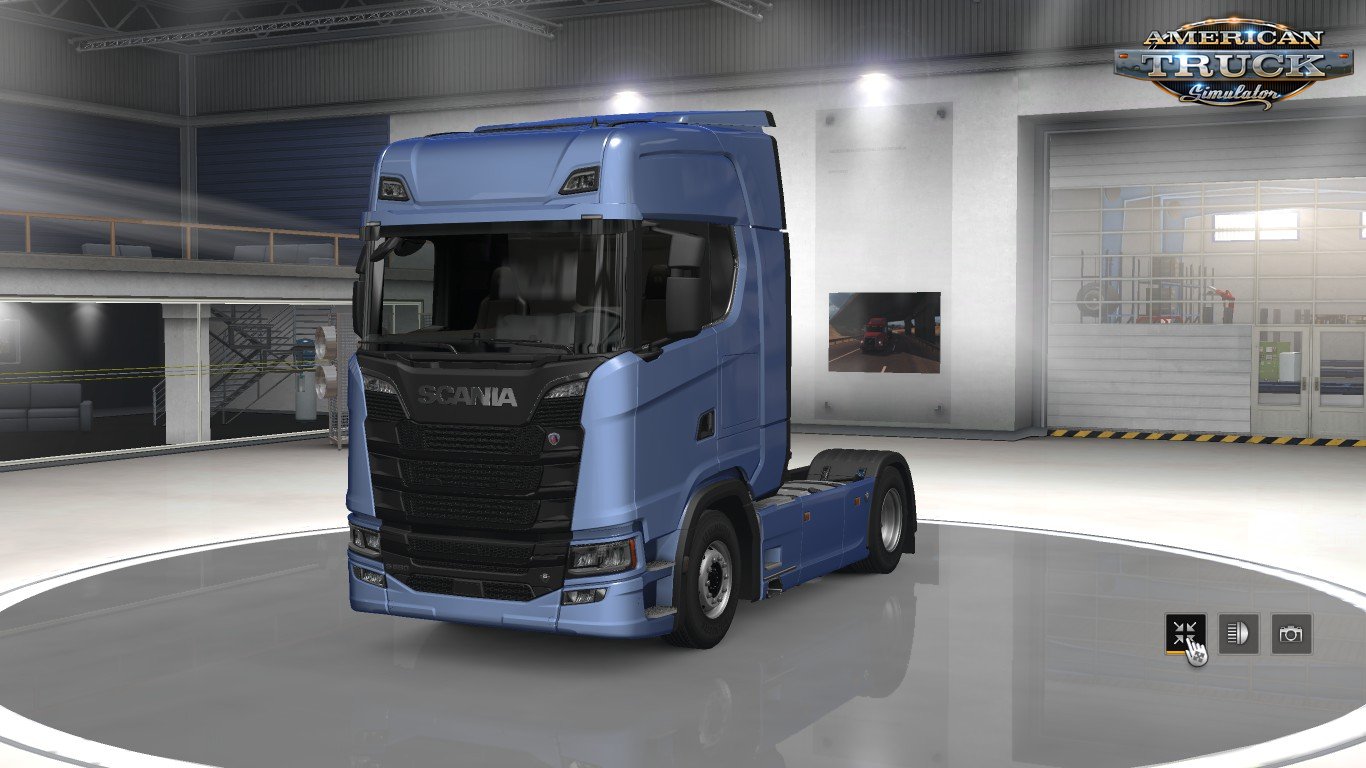 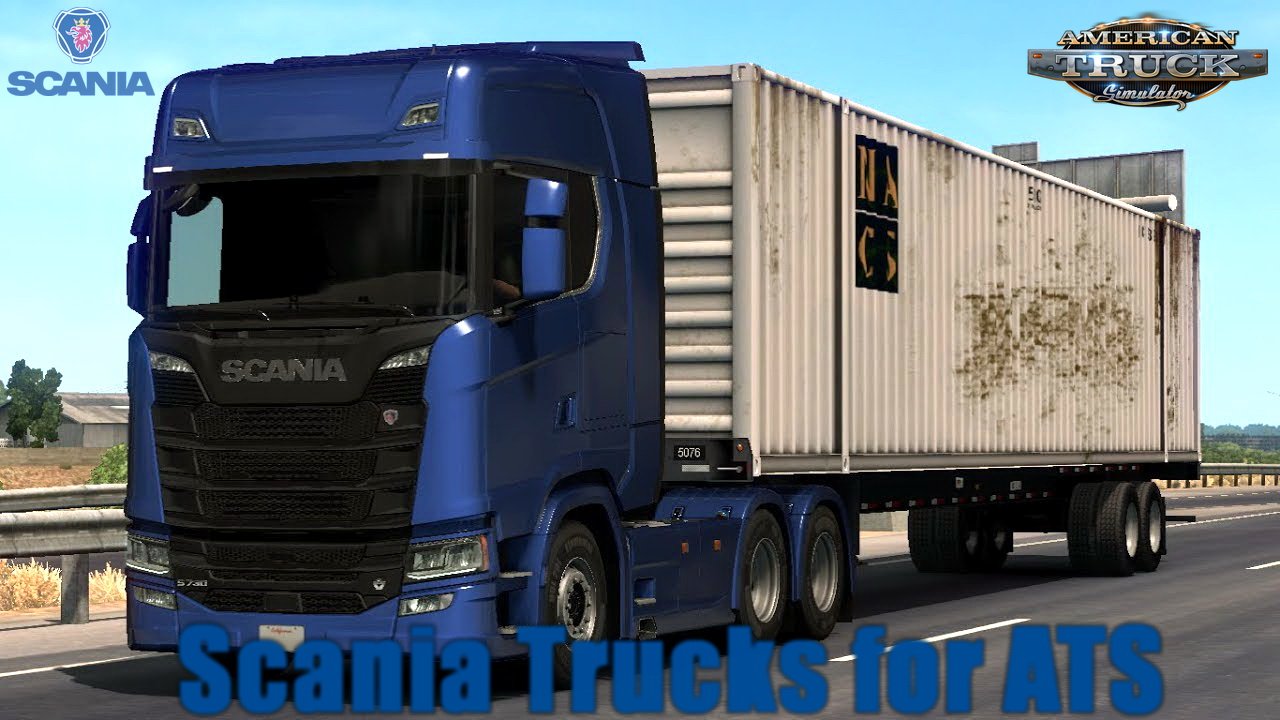 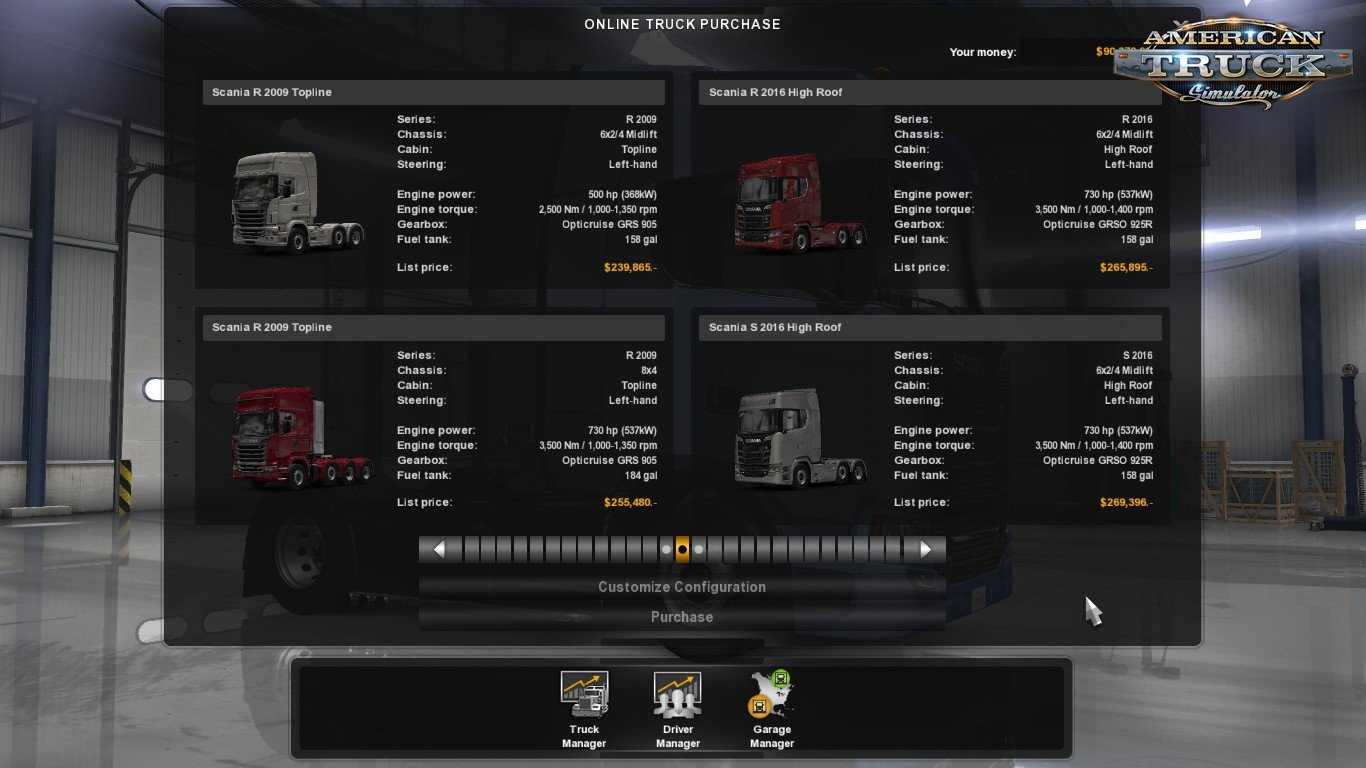